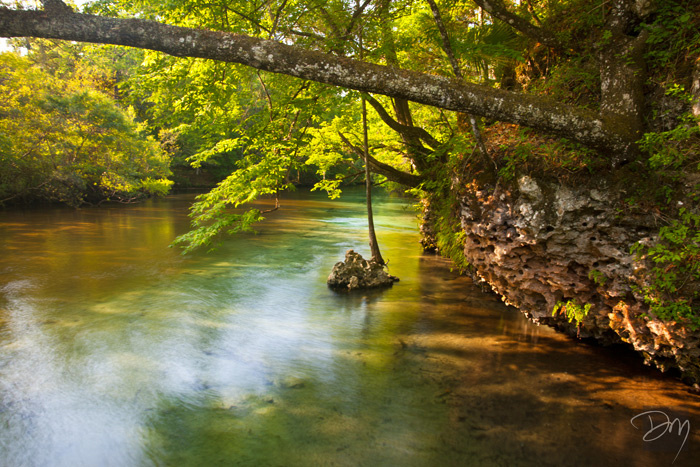 As we rounded the bend and entered the spring run, rain appeared to be hitting in large plops over a patch of water ahead... well, except that the sky was clear and sunny.  Crystal and I were kayaking on a section of Econfina Creek, intent on exploring the springs along the way.  We had arrived at the Gainer group of springs. With this curious paradox ahead, we eased up to the "splashing droplets" to discover the disturbance was caused by large tadpoles "raining" to the surface from below for a gulp of air.  There appeared to be many of them amassed four feet beneath us on the bottom. 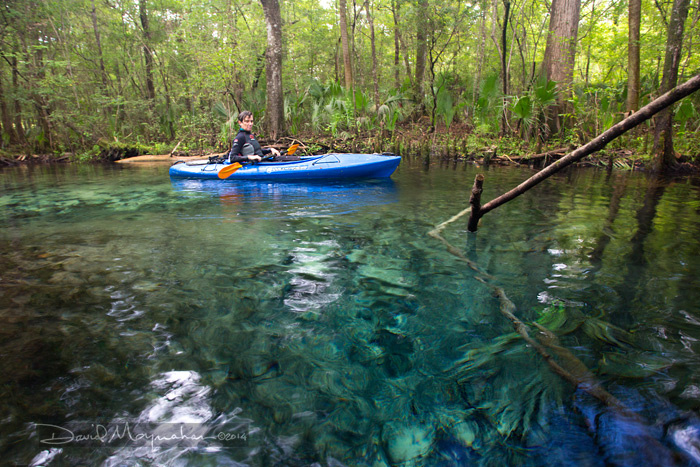 Donning our masks and snorkels, we had no idea what an amazing sight awaited us.  From above, cool to see... but from below, in the clear water, we entered a world where a crazy dance - no, a full scale shindig - was going on.  Thousands of tadpoles, heads the size of tennis balls attached to colorful flag-like tails, were rising and falling as a living curtain of grace and rhythm. 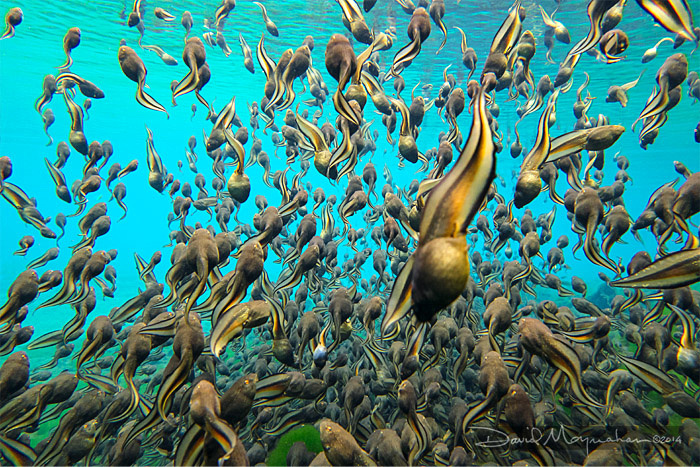 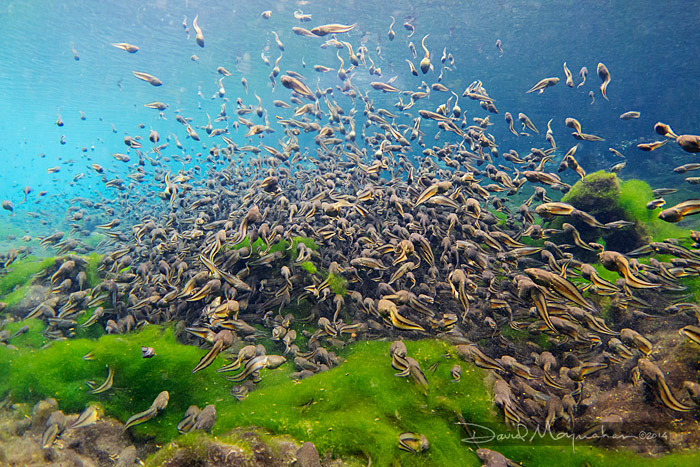 I sank to the bottom with my camera and shot until the memory card was full.  Then just watched and watched in awe. 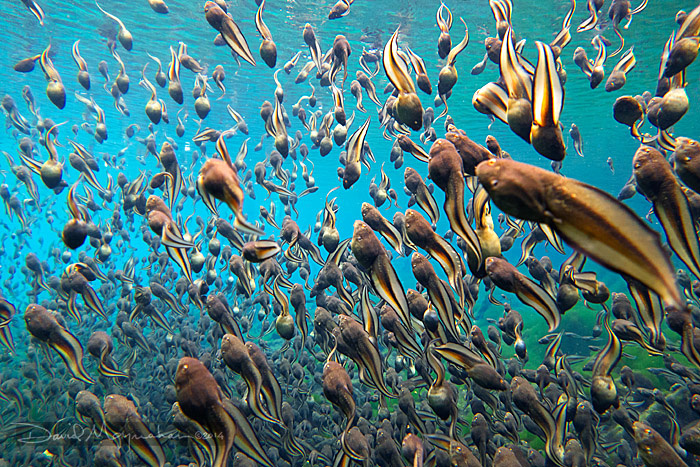 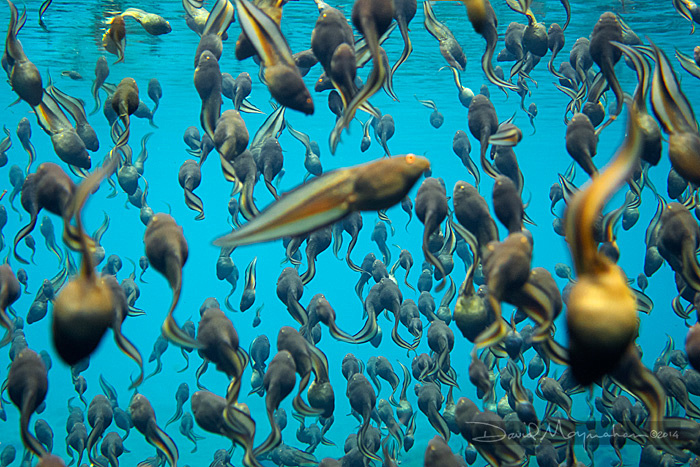 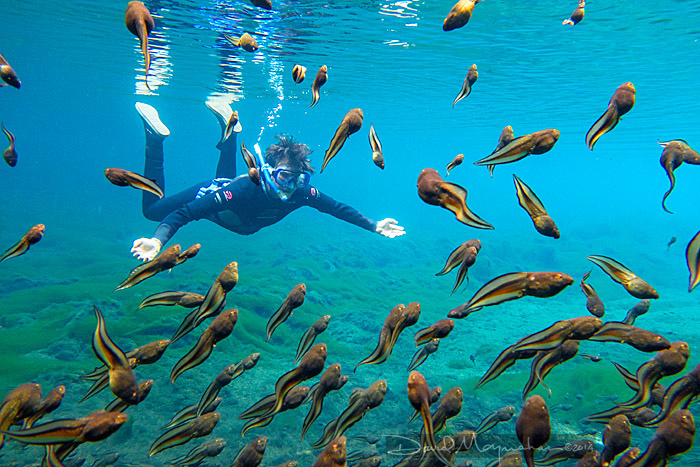 Later, during our picnic lunch, my afterthought was how cool a video would be (video is typically an afterthought for me... that's gotta change).  But by then, other boats and swimmers had arrived, the water became stirred up, and the tadpoles had dispersed throughout the large spring area and into the cover along the banks.  We explored several other springs in the area and found that all had some of these river swamp tadpoles, but not in the numbers or concentration of the early morning encounter.  I did manage to make a few short videos at a spot where we found a pretty good gathering of the "pre-frogs".  Mind you, I am not a videographer... and this is unedited footage. But it gives you an idea of the tads in motion.

Morphing is slow for these giants, but after gobbling algae for months, eventually they shrink into somewhat smaller adult river swamp frogs... with the same red eyes.  Here's a shot I made several years ago - same area - of a changeling and a couple mature frogs; and other shots of some leggy tads. 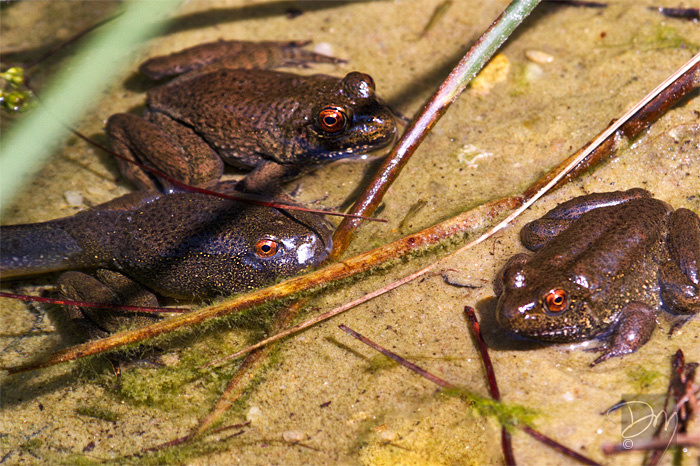 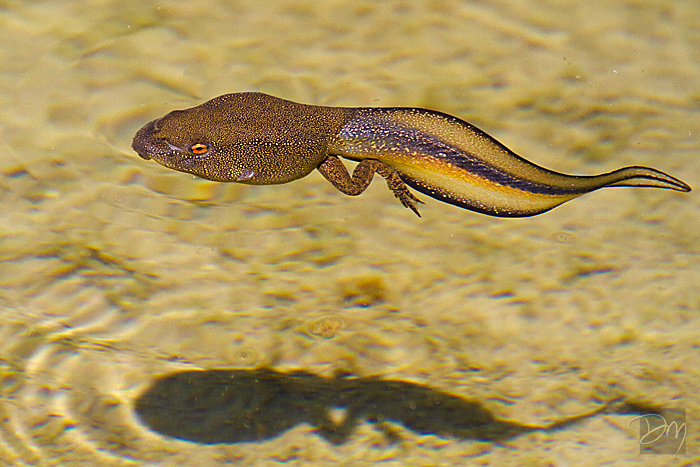 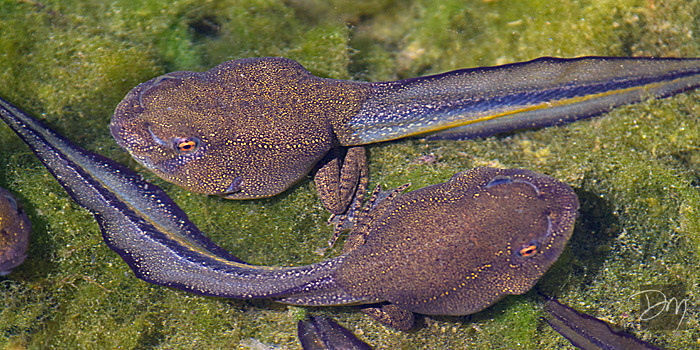 Even without the tadpole spectacle underwater, the springs and trails of Econfina are pretty spectacular.  One of the coolest above-water phenomena is the micro-climate along this and nearby creeks that supports Mountain Laurel in Florida.  An early spring hike on the Econfina section of the Florida Trail is a special treat... mountain laurel, wild azaleas, rhododendron, even a waterfall. 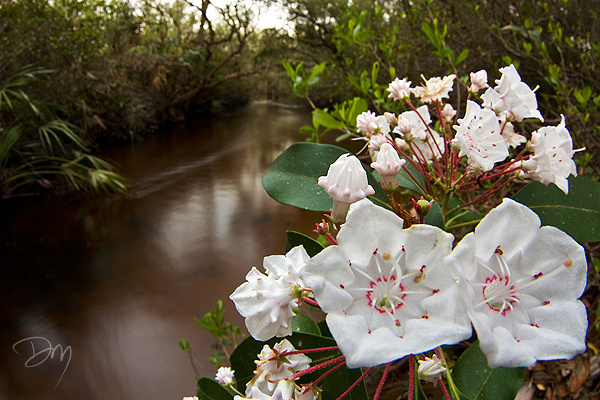 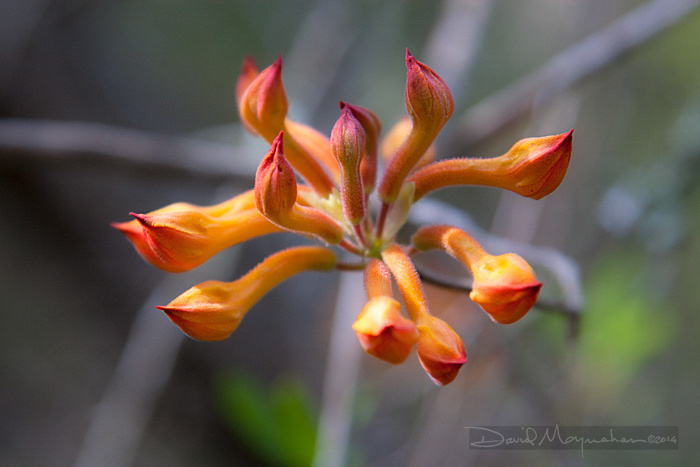 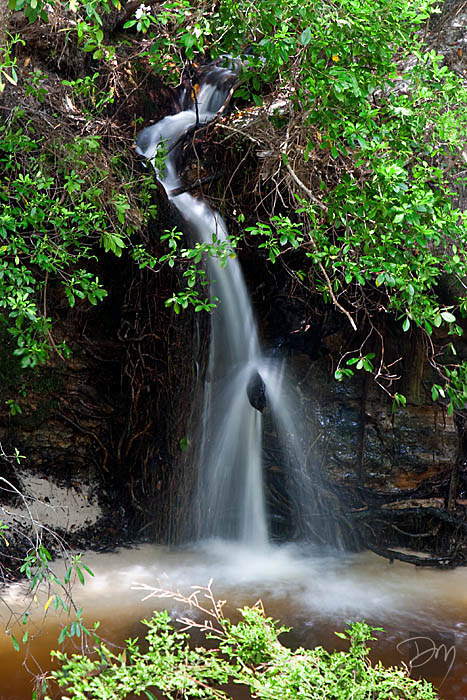 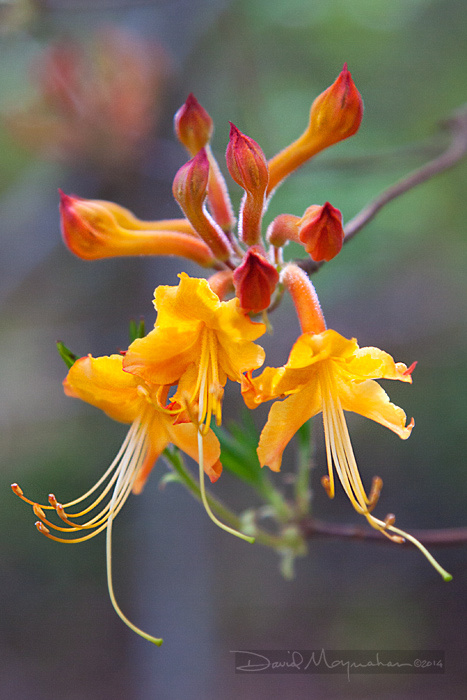 And then there are the springs... 11 named springs or groups of springs along the Econfina!  We were visiting the springs near Hwy 20, mostly accessible only by paddlecraft. 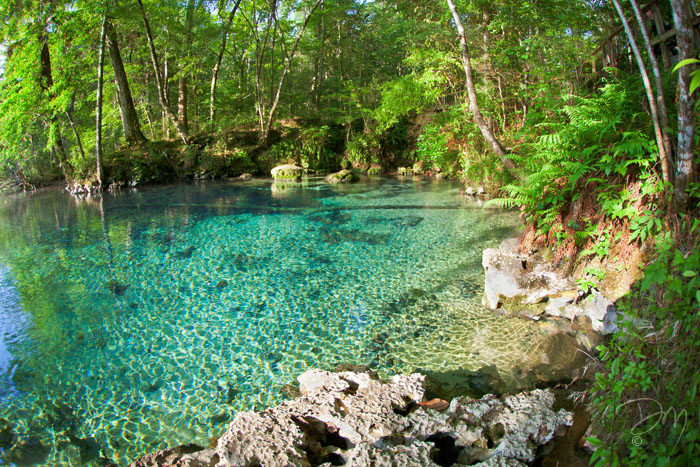 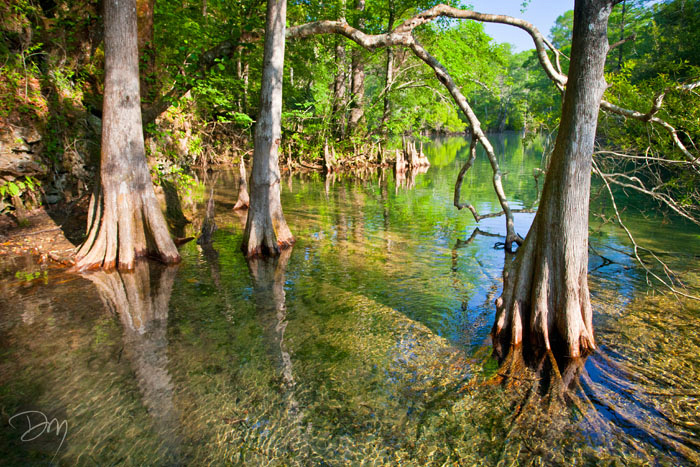 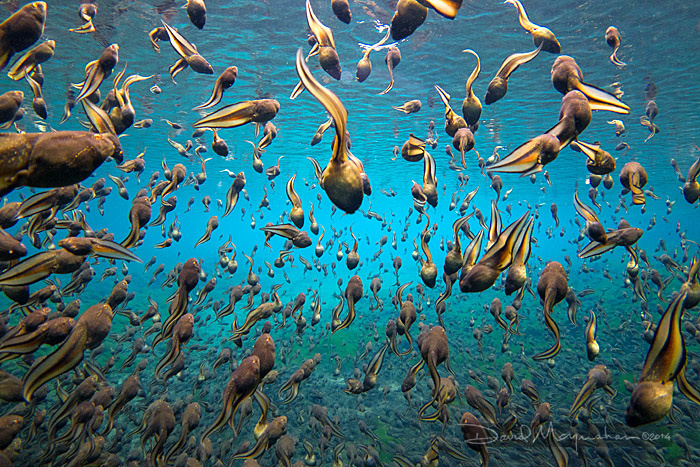 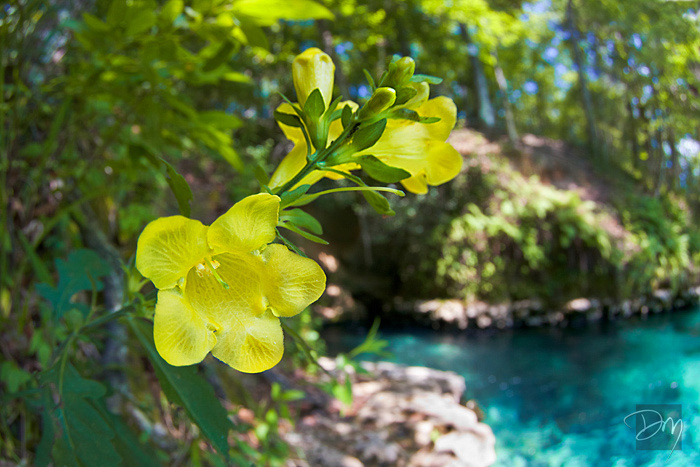 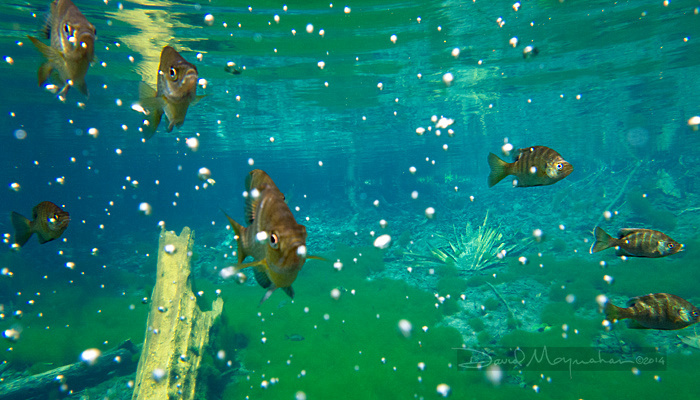 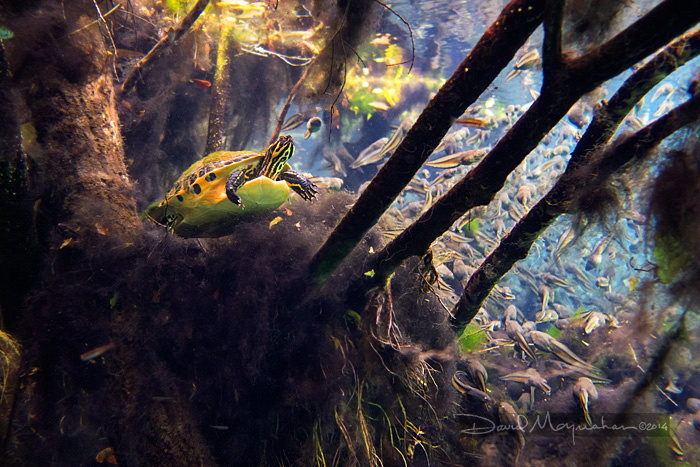 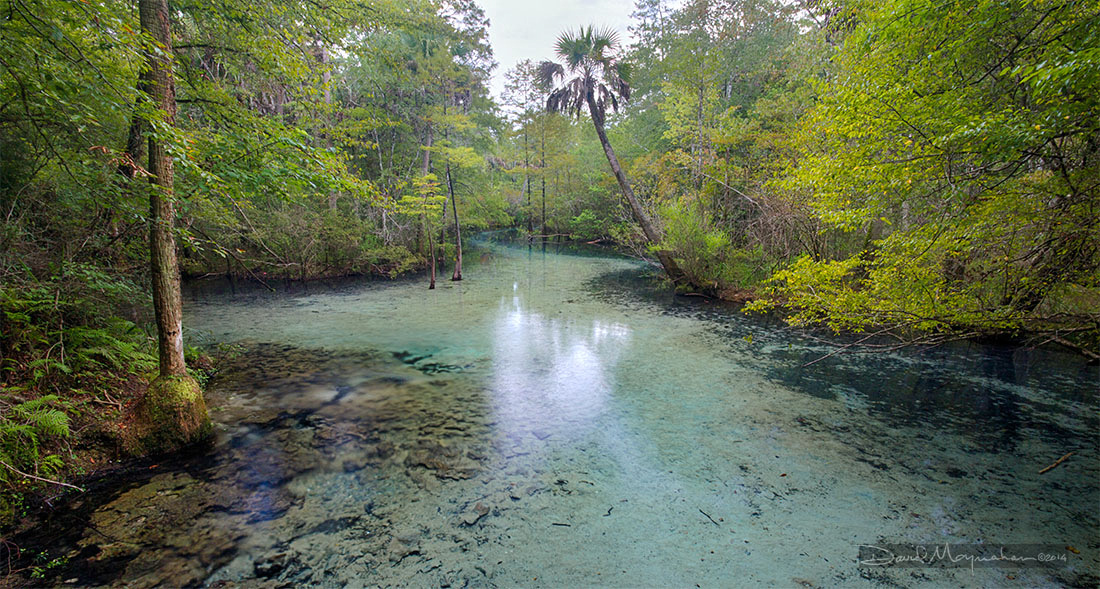 By now, some of you must be itching to visit this magical place. Some tips are in order. Note that this is Econfina Creek, pronounced with a long "i", and not to be confused with the short-"i" Econfina River (e-con-feen-a) - also beautiful, though very different - further east in the Big Bend of the Florida panhandle. The Creek has the steepest fall of any designated canoe trail in Florida, often high banks, and a lovely canopy.  Parts of the Creek (further upstream) are fast rides through narrow limerock-like sluices (FUN!), and hairy turns in snaggy waters (can be treacherous). I've camped the creek several times and seen more than one tipped canoe and soggy sleeping bag afloat. 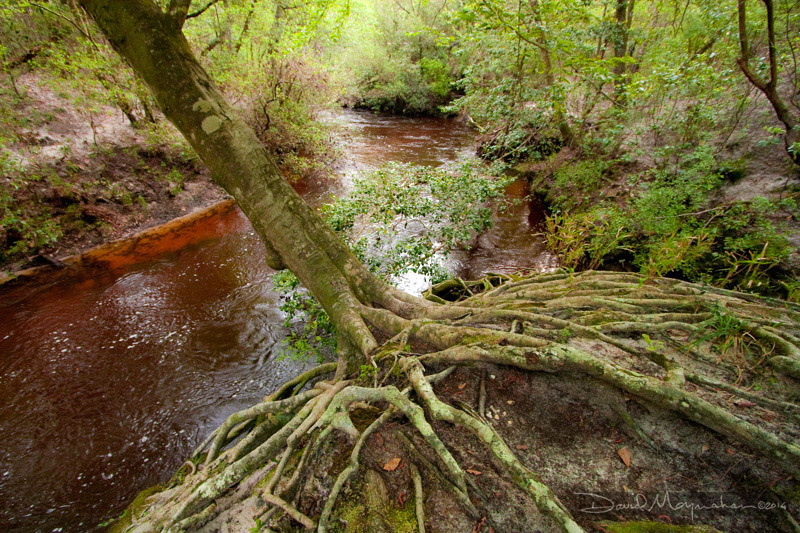 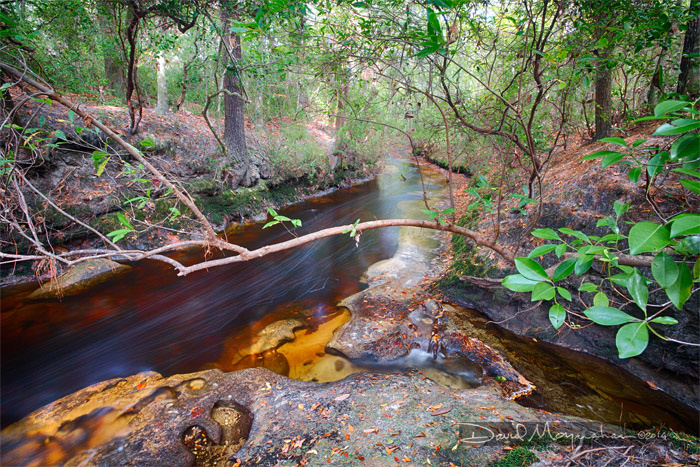 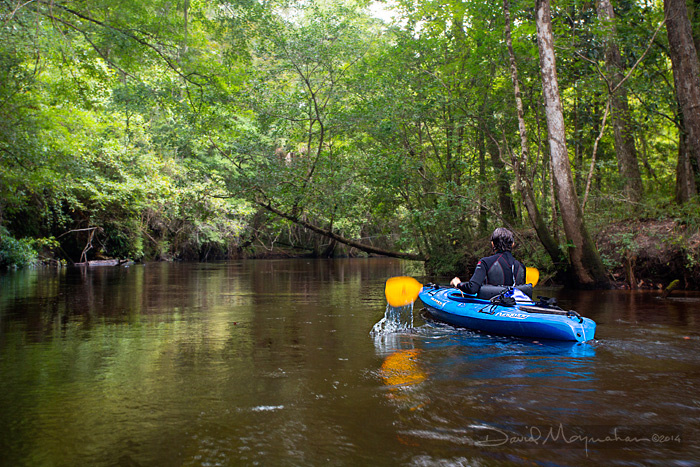 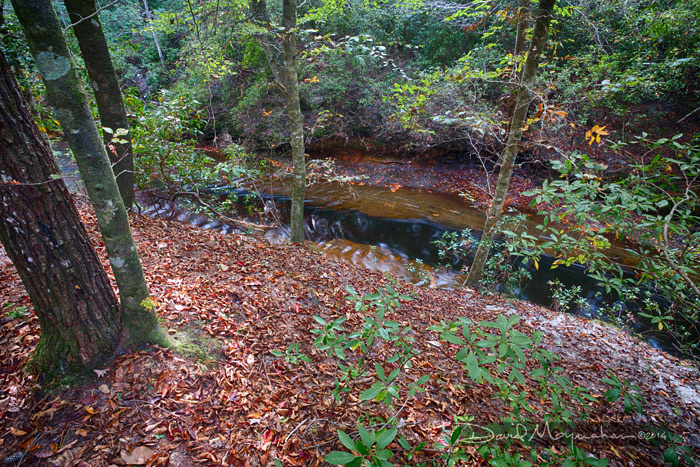 Econfina Creek has an abundance of unique beauty.  I've seen a lot of it, but nothing quite as magical as the shimmering curtains of giant tadpoles.  Maybe a once-in-a-lifetime experience, that moment I felt like I'd sprouted a tail and was swimming with the herd. 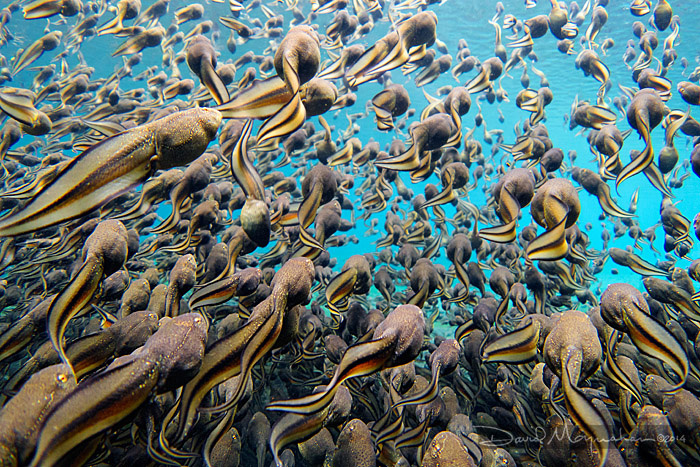 Running with the Herd