OK, so we didn't get heavy snow or subzero temperatures, this is Florida, afterall.  But that didn't stop the headline POLAR VORTEX from splashing (er, freezing) across the local front pages. To me it sounded like a unique winter photo op -- heavy rains followed by back-to back nights of mid-20s.  My friend Bob Thompson had the same idea.  So we plotted to find some cool ice on the 2nd frozen morning, and find it we did! 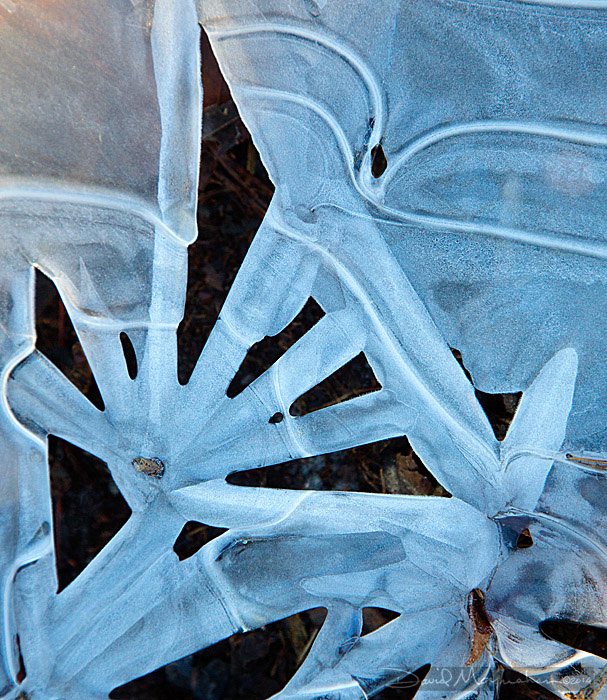 The wetlands along Shadeville Road were our planned meeting place.  Turned out, they had too much water to freeze well. No ice. A dud. Bob had driven up from Medart, and having an alert eye, spotted some ice in the woods along the way. He stopped to check it out. We'd planned to look at the cypress dome in Wakulla Springs State Park next, but Bob, with a twinkle in that eye and playful grin, suggested we try the little wetland he'd found on his way there. When we arrived, my immediate reaction was that of "a kid in a candy shop". Though I am a Florida native, I wasn't naive to frosty winter beauty, having seen plenty  of it in snow, ice, glaciers, and icebergs.  However, I'd never witnessed such magic in ice like that displayed before me. As you know, I'm drawn to abstract compositions in nature... here, aplenty!  The only problem, as I saw it, was how our eyes (and those of our cameras) could take it all in before it was gone in just a few hours.  Bob and I set to work. 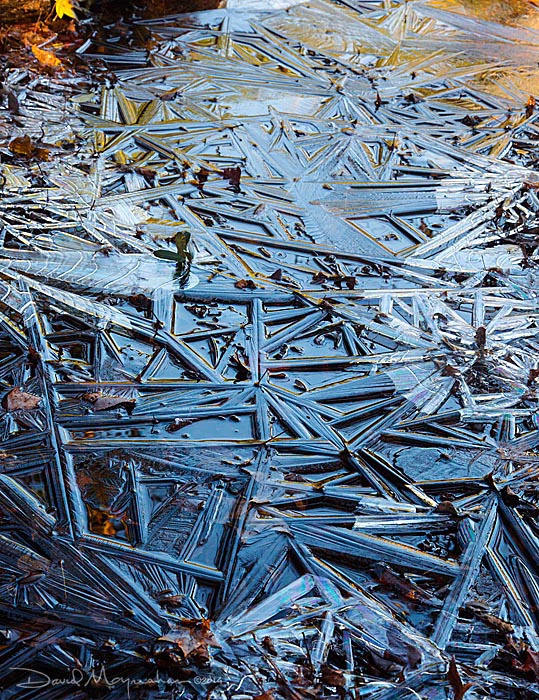 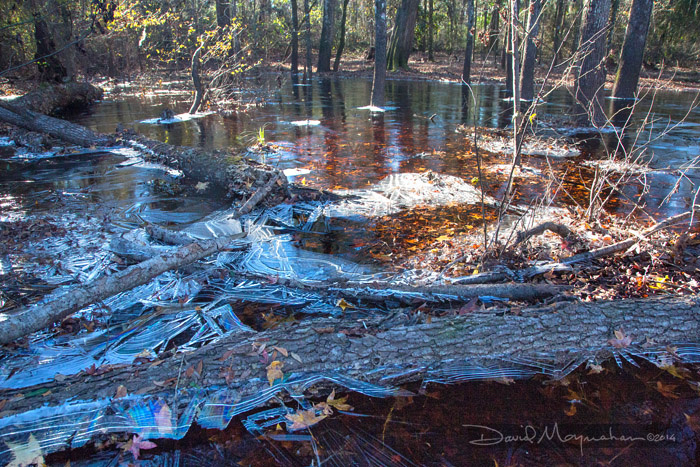 This transient wetland was shallow enough to allow ice to dramatically sheet on the first night.  Leaves and twigs poking up through the ice provided foci for crystallization. The sandy soil was also quickly soaking up the rainwater, so the water level was falling, leaving some of the ice sheets suspended in the cold air.  With just enough shade the following chilly day, a lot of the ice survived into the second night of freezing.  New ice enveloped the old, and new patterns, fractures, and crystals developed wild artsy formations. 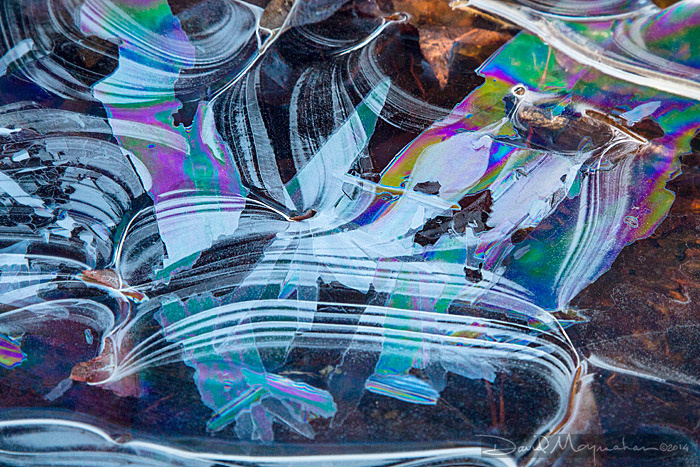 In her ego-free manner, Mother Nature had crafted a complex masterpiece, one that, by design would disappear as fast as it was created... like her sunsets, tidal beach sands, clouds, and so many other of her works of art.  These are reminders of the elegance, preciousness, and impermanence of all things earthly, of our own transience.  We are both diamonds and dust... or maybe a more apt metaphor here, crystals and water. 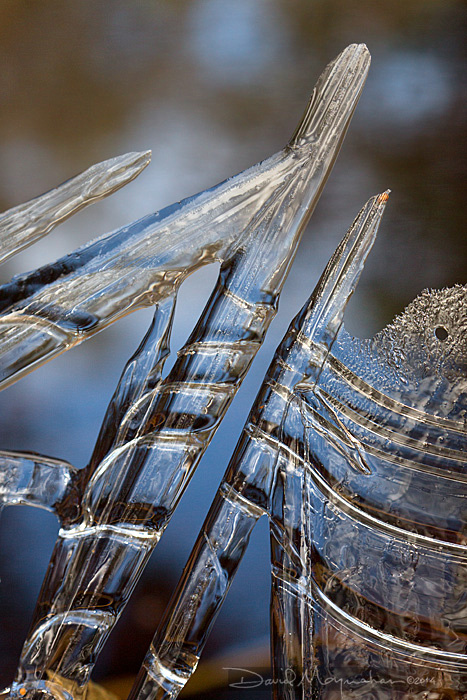 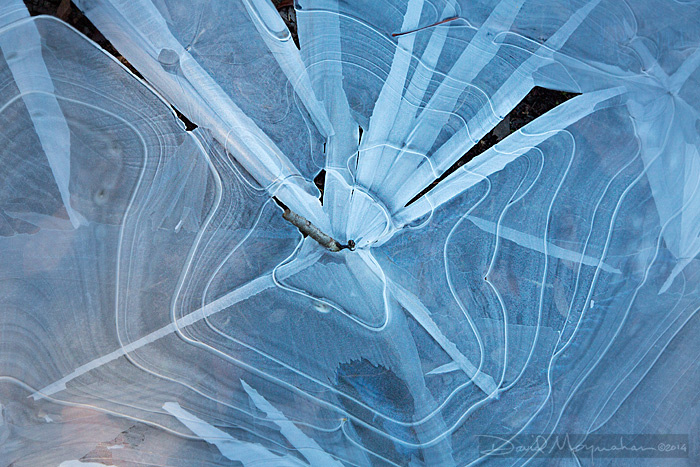 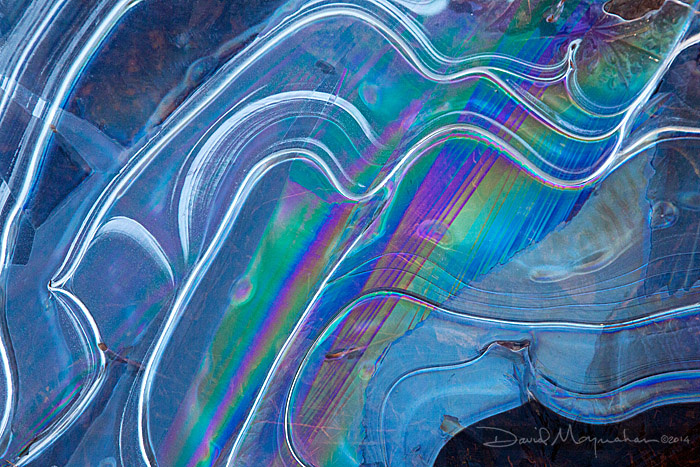 Here is my best effort to record the moment. 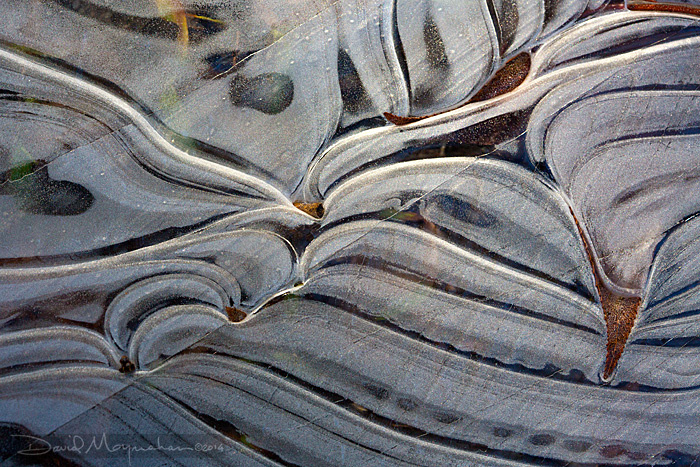 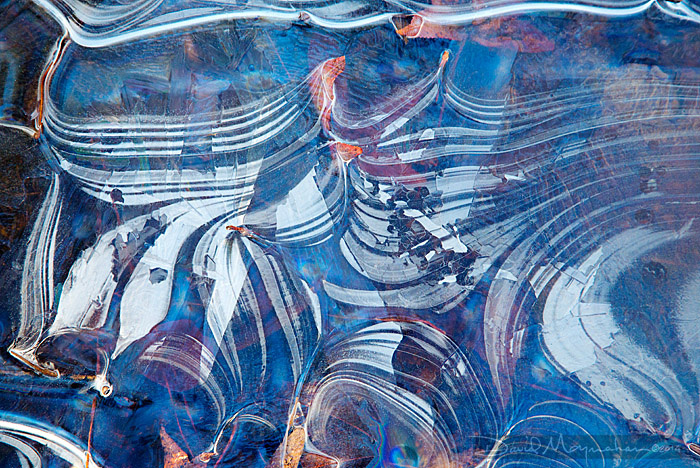 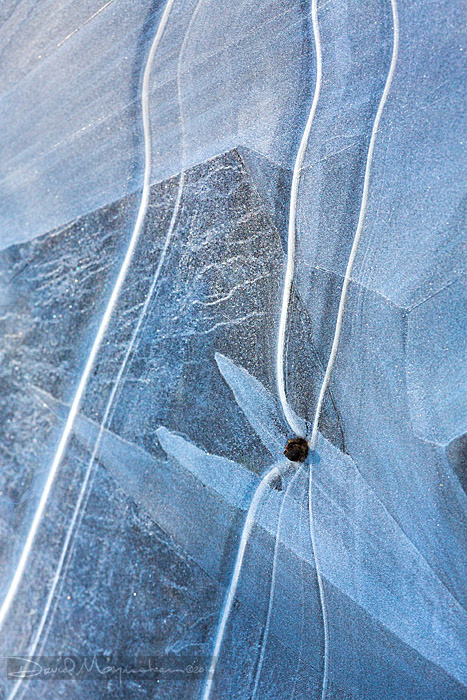 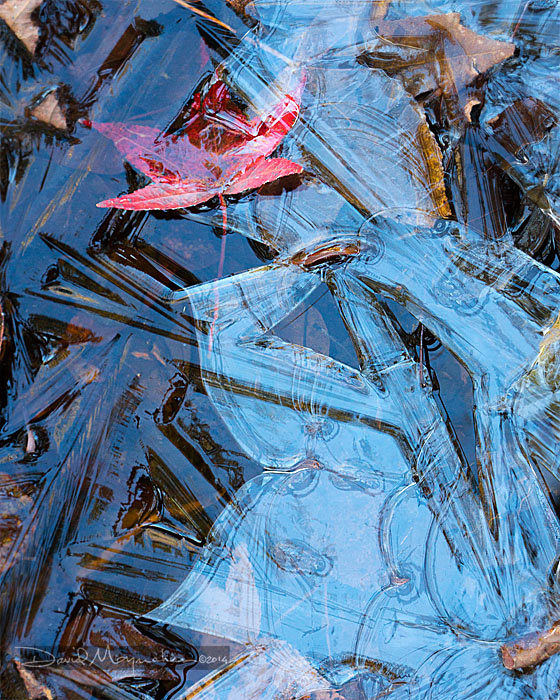 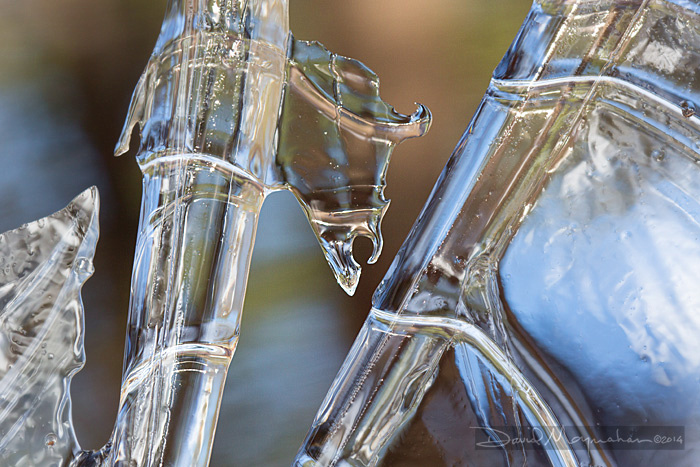 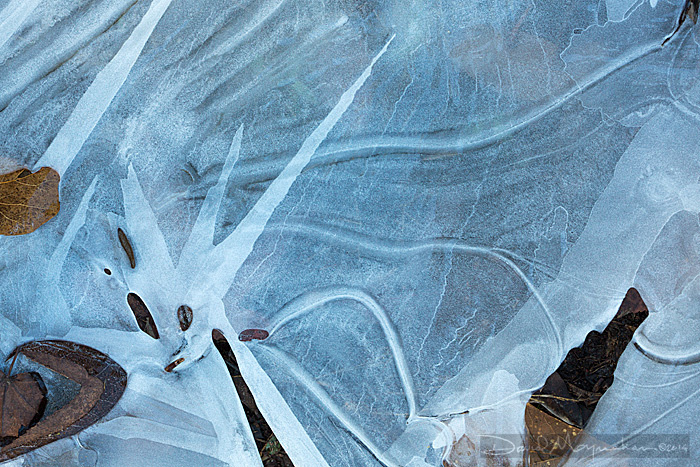 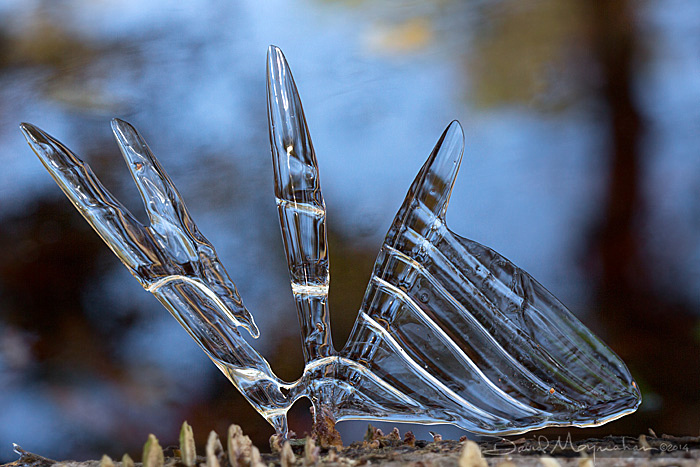 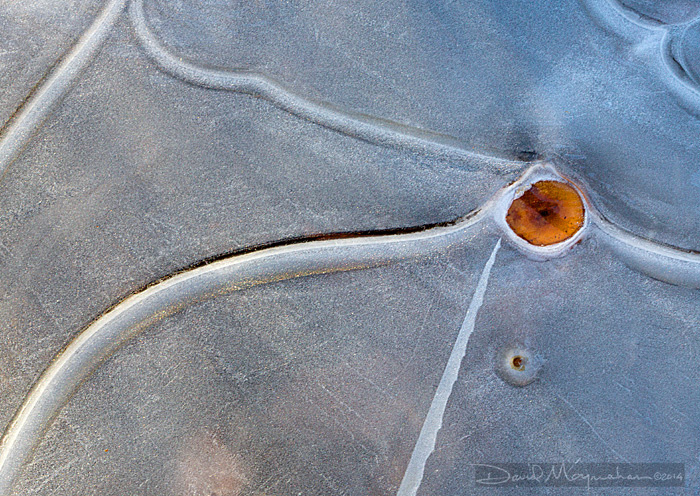 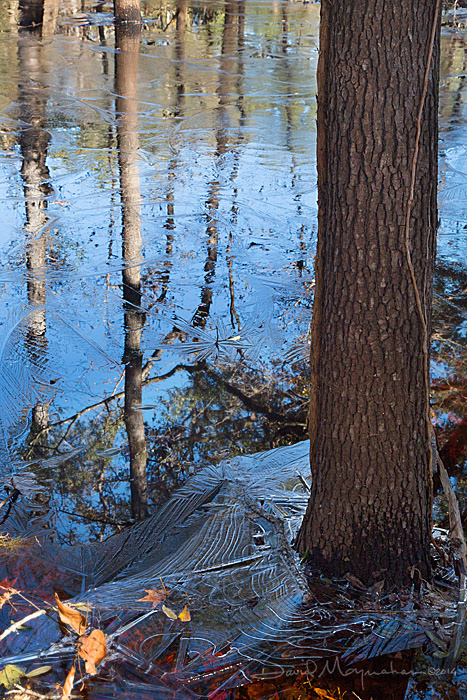 Tom Morris(non-registered)
I love your photographs. Waiting for the next monthly installment.
Eric Zamora(non-registered)
Beautiful scenes, David. No snow in your area?
Tom Anderson(non-registered)
Wowie zowie, these are stunning!
Susan and Chris Smith(non-registered)
Here we are, sitting in our comfortable warm house, enjoying the beauty of the very cold days. I loved the iridescence of the ice, the places where you could see the lines of the flowing water, the different shapes and textures. What variety. What an eye you have David !
Susan Peacock(non-registered)
Those are awesome - - - - you have allowed yourself to finally find your gifts - - -but I think you are having far too much fun ( :
No comments posted.
Loading...
Subscribe
RSS
Recent Posts
The Great Conjunction of 2020 - Solstice Star Spelunking a Spring Adventures in Search of Gander Spring Favorites Art & Artifacts of St Vincent Island Bahamas Fisheating Creek Maine Rocks Suwannee Spring Illuminations Tallahassee Museum & the New Snake Digs
Keywords
Florida David Moynahan Photography nature photography night photography underwater photography nightscape spring Wakulla County paddling cypress
Archive
January February March April May June July August September October November December
© David Moynahan Photography
Powered by ZENFOLIO User Agreement
Cancel
Continue