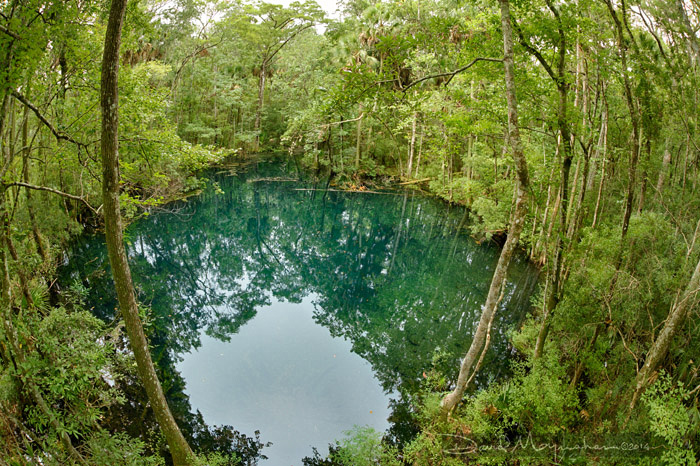 I first visited Shepherd Spring on a cold winter morning in 1996. My new friend Ken Ross told me that it was full of mullet and a sight to behold. Indeed it was - packed like sardines in a can.  Crazy looking. We could reach into the water and easily lift out a fish... there was no room to escape. I have seen it solid with mullet only once since, and still didn't have a camera with me.  But I have been there many times over the years, every trip a unique and memorable adventure.

The "normal" way we get there is via a several mile hike on the Florida Trail through part of St. Marks National Wildlife Refuge.  But, more often, Crystal and I (and friends) have used not-so-normal ways to get there.  We have bicycled part way and stashed the bikes before hiking through the wetland.  Or bicycled the root-bumpy dirt roads to a point not far from the Shepherd Spring spur trail. I even drove there once when the gates were unlocked during hunting season.  We tried paddling there too... which I'll tell you about later.  Getting there by land has its benefits. The trail access nearest us starts on Wakulla Beach Road, just a few miles south of our home.  It passes through a cypress dome (some would call it a swamp), a forest, more wetlands where I've seen otters, gators, and pigs, and finally passes through a breathtaking cathedral of palms (whose awe I have yet to successfully capture in a photograph) before finally reaching the spur trail to Shepherd. 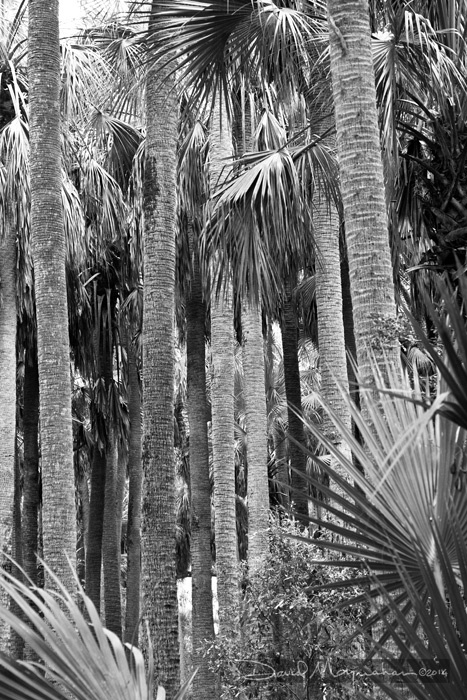 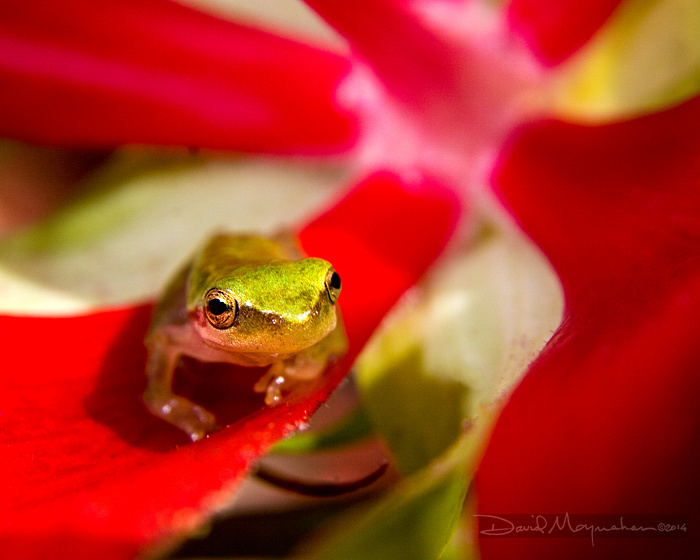 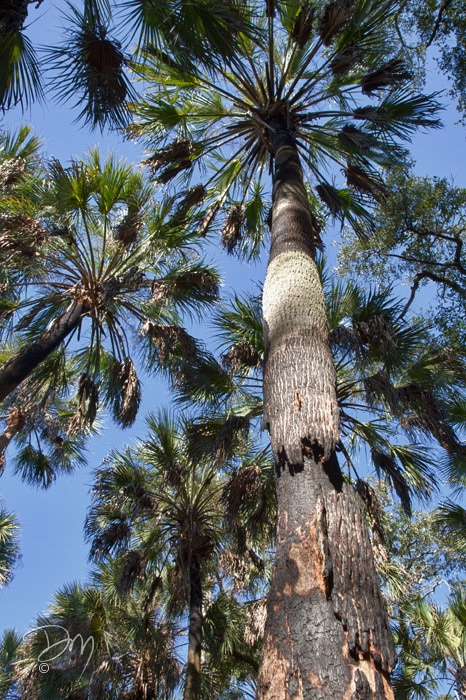 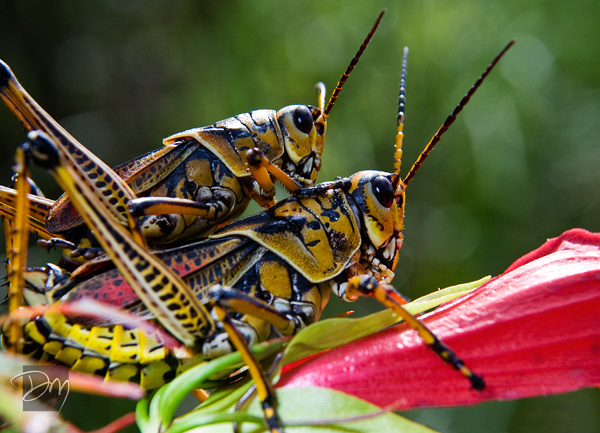 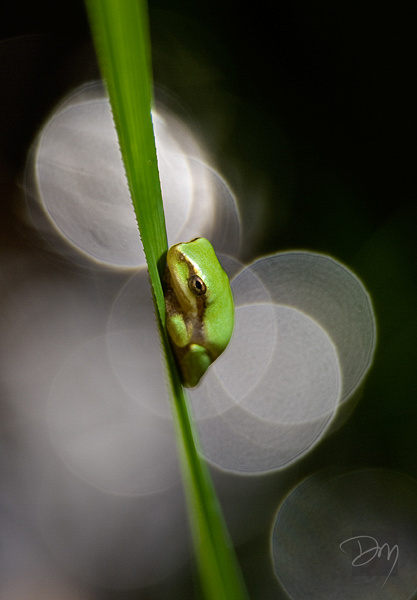 Here's an Ode to a massive old pine on the edge of the palm grove that I always stopped to revere and admire. These photos I made not long after it died, still standing. 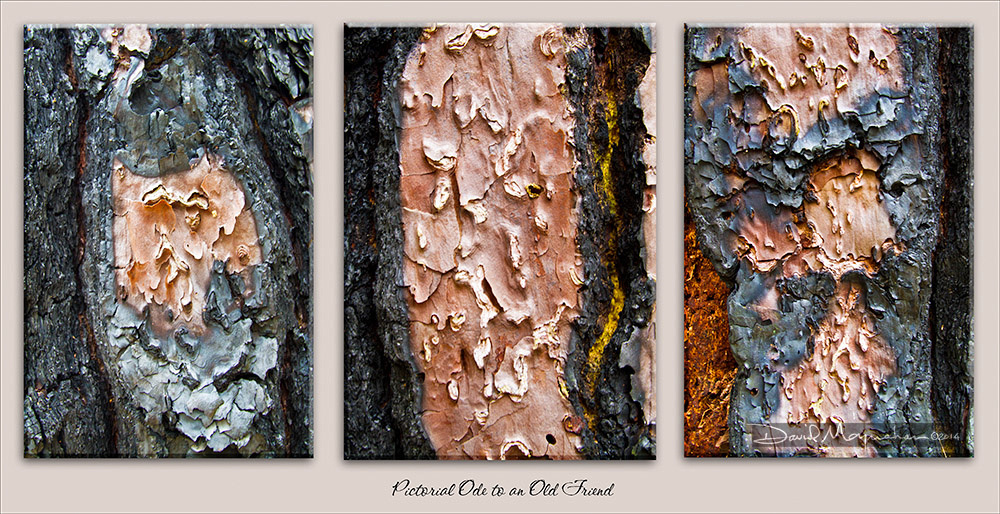 Trips to Shepherd Spring almost always include a visit to Wakulla Beach at the end of the day.  The Beach, also in the St. Marks Refuge, is  historically the site of a long-gone hotel and village, but now a wild beautiful salt marsh on the edge of the Gulf.    Besides being the nearest place I can go for big sky vistas, the beach is home to colonies of thousands of fiddler crabs. While I have included a few shots of them, I haven't finished shooting these small strange creatures. 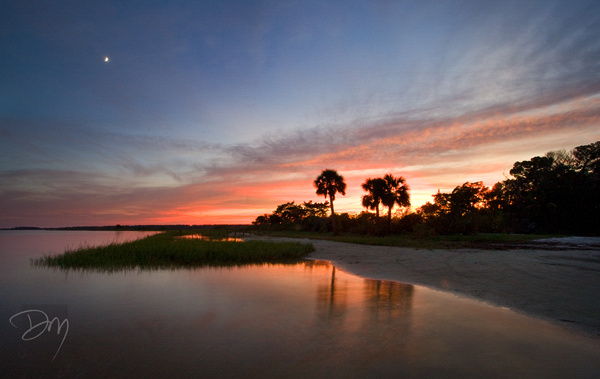 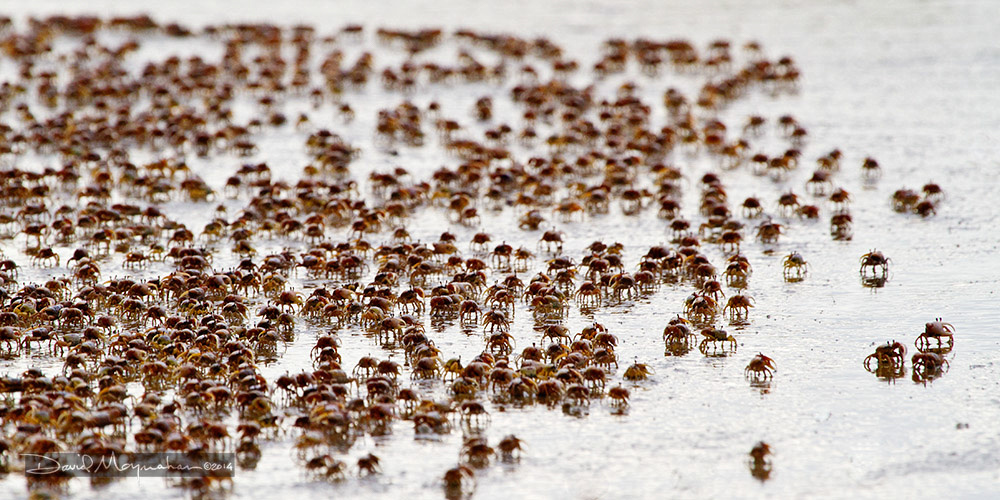 Shepherd Spring is nestled in the forest line seen in the mid-upper left of the photo below. 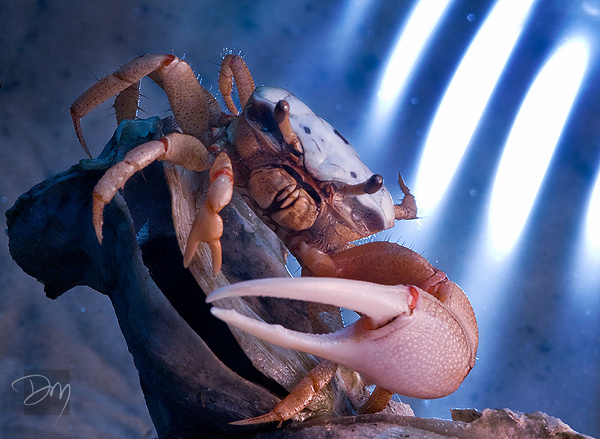 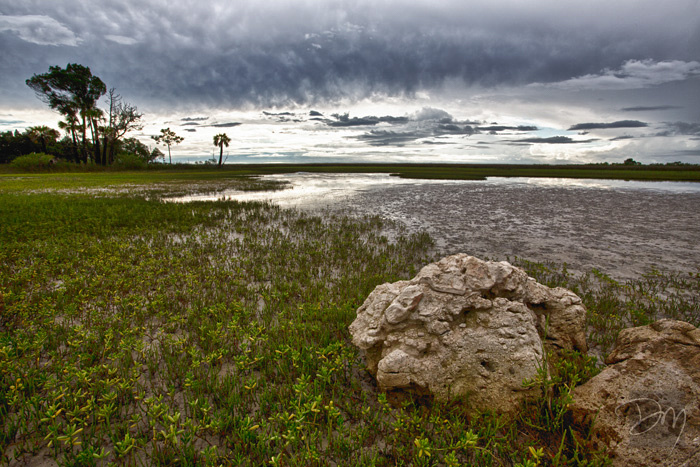 An arty photo-rendition of a clump of oyster shells used in the book we published after the Gulf oil spill, unspoiled: Writers Speak for Florida's Coast. 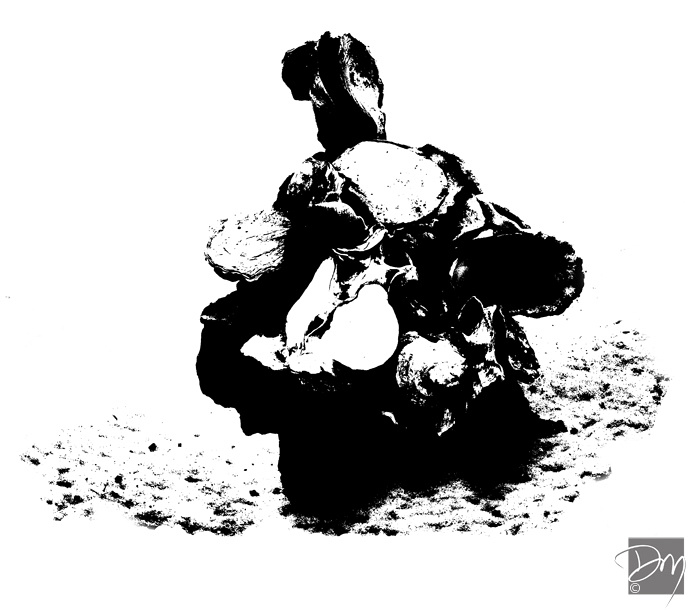 One recent morning, I attempted to photograph the crabs in a new way... and utterly failed.  But the morning was still a delight as you can see in this shot of my pal, Bob Thompson, who joined me to help herd crabs (yeah, right). 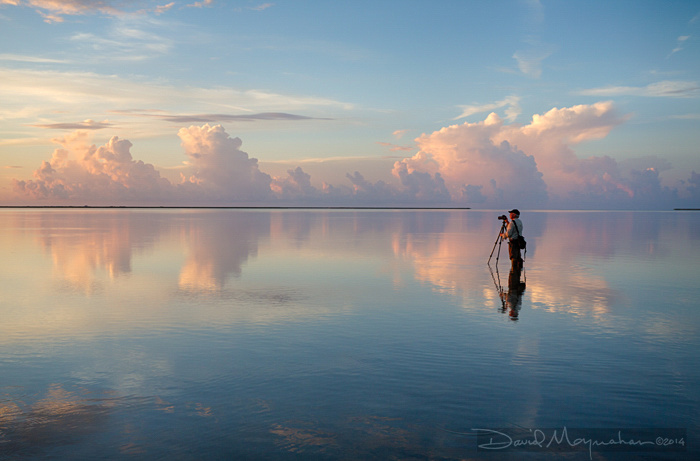 Wakulla Beach is also the launching point for those foolhardy enough to think they can paddle to Shepherd Spring.  Crystal and I tried twice before finally finding the right creek.  Third time was a charm.  Paddling on an exploratory trip with Doug Alderson, Georgia Ackerman and another friend, using GPS, we found the creek. The water changed from salt to brackish to spring-fresh-and-clear. The scenery transitioned from salt marsh to palms to pines and cypress swamp, ultimately becoming a very narrow and shallow twisting creek, lined with knees and tangled with brush and deadfalls. It was quite a workout paddling against the strong flow and constant obstacles, and also strange to finally pop out into the spring bowl by boat... such a different perspective. 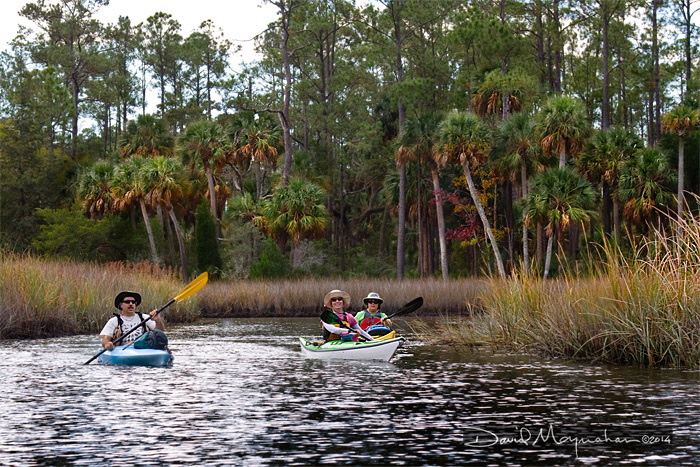 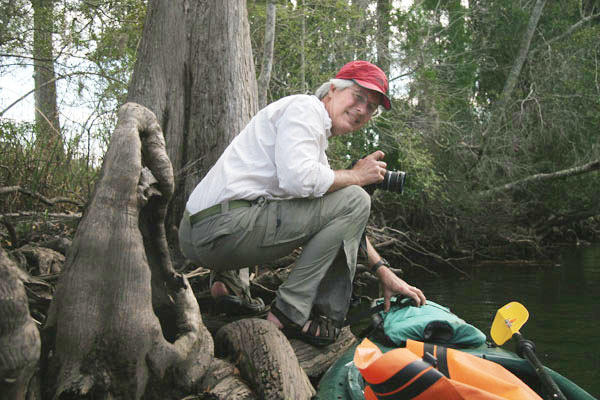 Photo of David by Doug Alderson 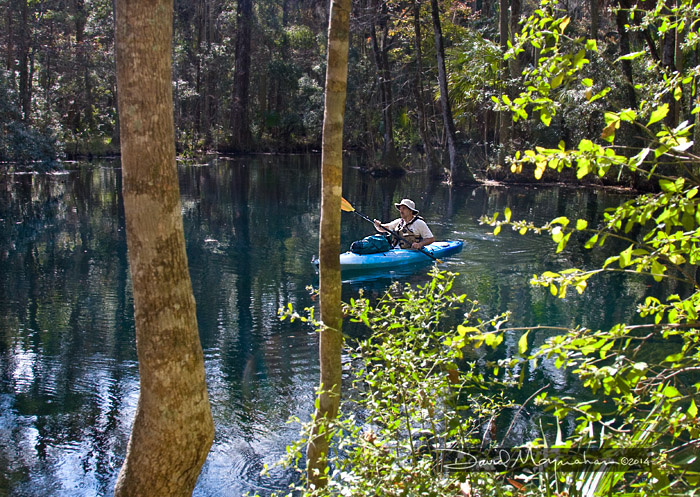 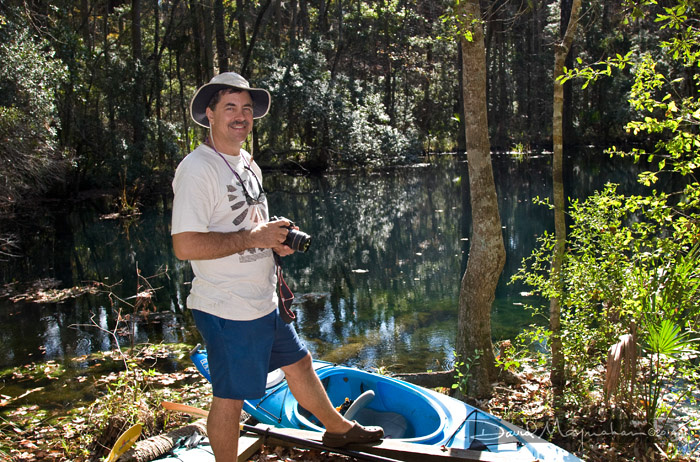 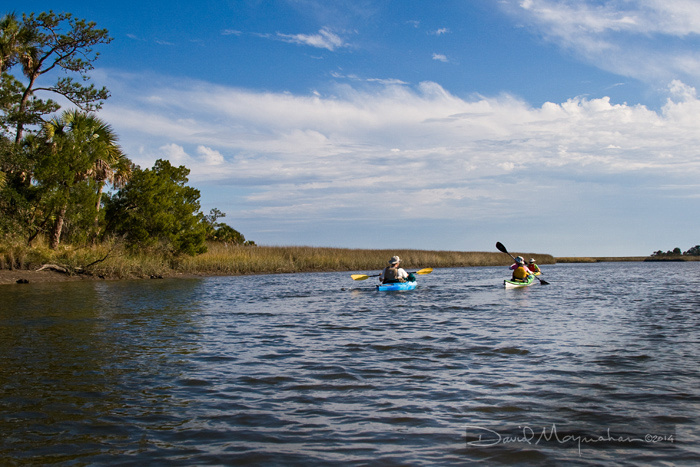 One story, indelibly marked in our chapter of Shepherd Spring... the Day Crystal Almost Got Eaten by an Alligator.  Back in the earlier days before the trail was as developed, a big gator lived at the Spring.  We loved to sneak up quietly to find him sunning on a beachy network of roots and stumps near the end of the trail.  The gator would dramatically throw himself into the water, thrashing and flapping into the depths.  So one hot summer day, we accompanied our daughter Marley and her summer school group on a long hike on the Florida Trail from the west, ending at the Shepherd Spring spur trail.  As was our custom, we very quietly made our way to the Spring, and on cue, the big ol' gator put on a great show to the delight of the children.  After the hoopla, the group began settling into a shady spot for a picnic, but Crystal's sweat and hot feet led her down to the gator's "beach" to cool off a bit.  Wading into the spring, she squatted down and began splashing water into her face.  So, looking like a small animal as she squatted, and splashing like a dinner bell to gator "ears", (and being unable to see through her splashed eyes), the old guy, having forgotten his interrupted nap, couldn't help himself.  He started silently swimming up from the depths toward Crystal, faster and faster, until he was only 15 feet away when Marley spotted him from the upper bank.  She screamed a warning to Crystal who jumped and scrambled to where Marley and I stood agape.  A moment later, momentum carried the gator right to the spot where Crystal had been, right up out of the water.  But he didn't pursue her since she was now Big (standing) and accompanied by two other humans with plenty more nearby.  That was the day Marley saved Crystal.  A sobering experience -- one that made C and I much more wary of gators than we'd been up til then. 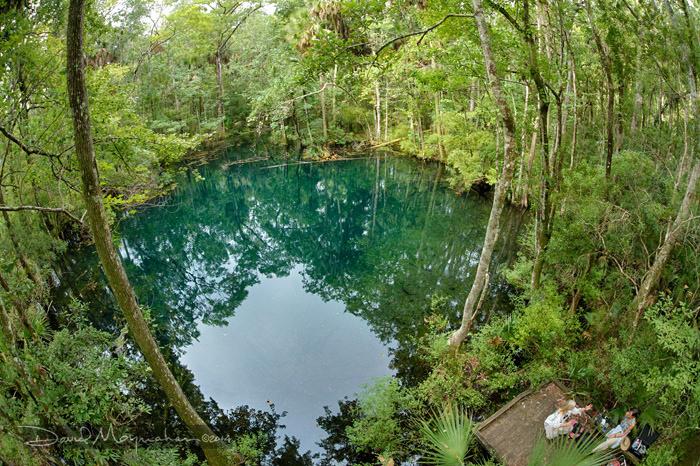 Last week was my most recent visit to the Spring. John Moran and Lesley Gamble, co-directors of the Springs Eternal Project, joined Crystal and me for a Shepherd Spring photoshoot.  First getting the bird's eye view (above), we then took advantage of the alligator-free clear water for the fish's eye view... although this first shot below suggest the garfish are still in bird's-eye-mode. 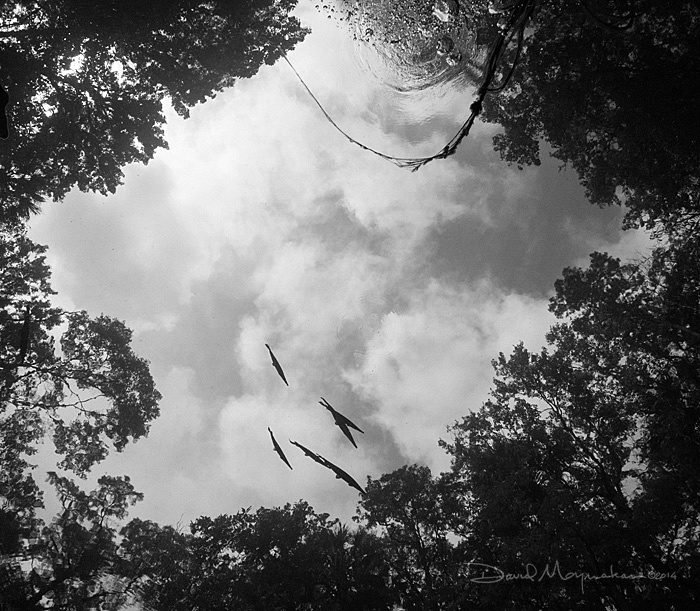 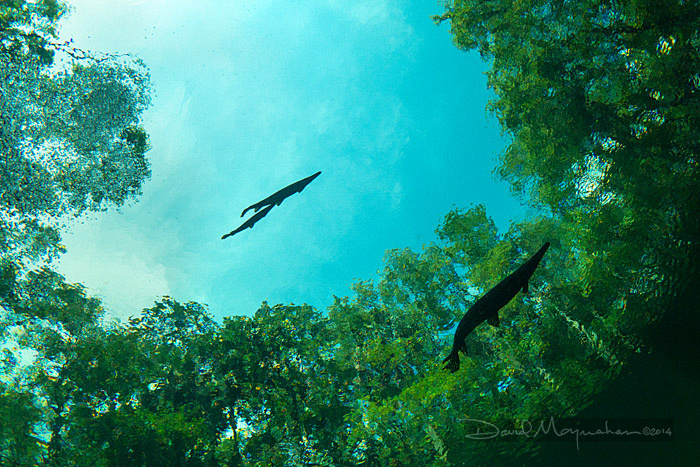 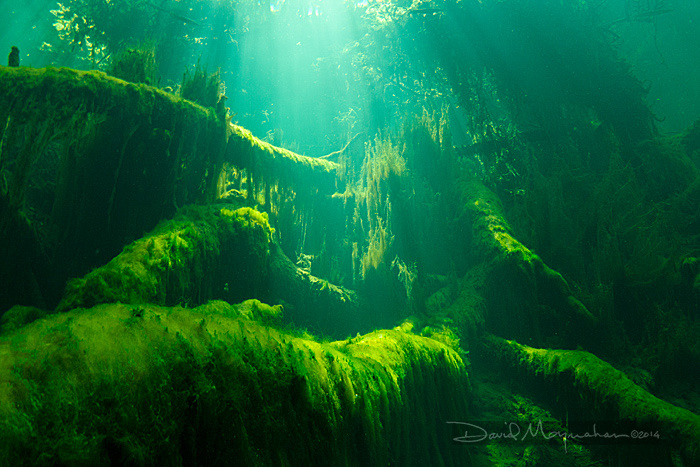 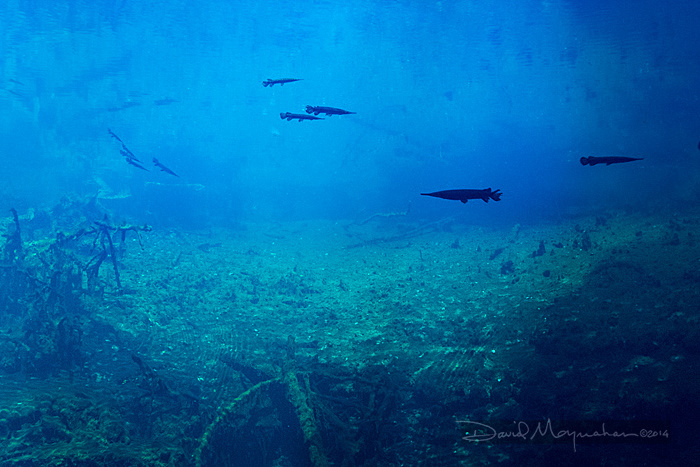 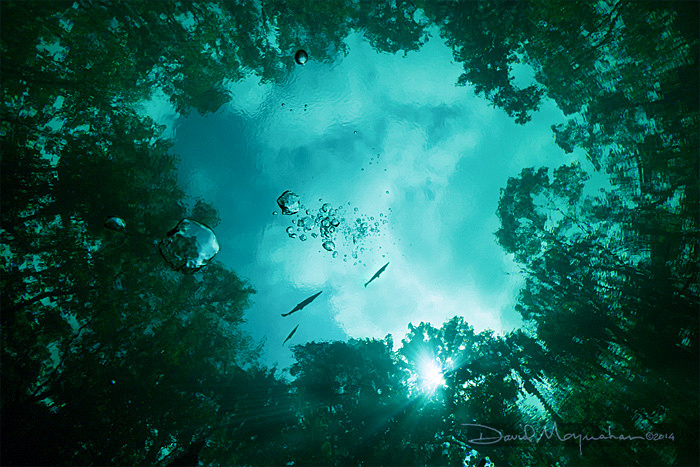 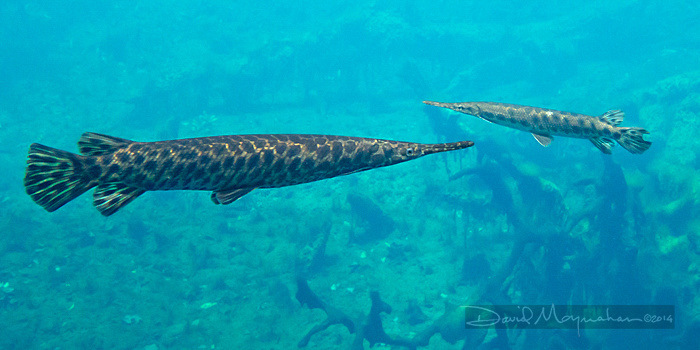 Having virtually joined me on these few trips to the Spring and Beach, may you be inspired to new heights and depths of perception, may your feet and senses take you on new adventures into Nature, and may your appreciation for our Mother Earth grow evermore profound.

Thanks for visiting!  Feel free to share with friends.  Also, I enjoy your comments.

Elliot Palmer(non-registered)
After stumbling across your site, I truly enjoyed both your photos and commentary. We moved to Shell Point in 1997, and I had no idea Sheppard Spring existed until about a year ago, when I hiked there with a friend. One of my favorite places. Your photography is amazing. Thank you for sharing.
Angie Higgins(non-registered)
YOu have an incredible talent for photography and story telling. My husband and I recently moved to this area and look forward to this trip. We are very outdoor adventurous and we are excited to take this hike with some friends of ours. Thank you for sharing. Hope you have many more adventures and continue to share in photos and stories.
Laura Wharton(non-registered)
One of my favorite spots on earth. I've biked & hiked there several times, and paddled once (a most arduous trip yet; one of my fellow kayakers was in tears by the time we finally arrived). Have enjoyed swimming there in the past but, but after seeing the big resident gator, getting in the water feels a little too spooky. I'm really glad Crystal didn't get eaten! Thank you fro the beautiful photos. Seeing the gar from below is really cool.
I just found your blog from a friend sharing on facebook, and am enjoying it a lot. Your photos of the cave in to the aquifer are really amazing. Thank you for sharing with the world.
Justin(non-registered)
Hi...I found this while looking for information on mullet fishing in the winter, having read many times before this that they hide in the undisturbed springs in the winter. Really enjoyed it...would love to see some pictures of the mullet. For what it's worth, I don't plan on going and netting a trillion mullet. I was just hoping to catch some with a hook and line.
Mary Anne Koos(non-registered)
I love that you take me back to some of my favorite places through your photos and words. Thanks so much for sharing your art!
No comments posted.
Loading...
Subscribe
RSS
Recent Posts
The Great Conjunction of 2020 - Solstice Star Spelunking a Spring Adventures in Search of Gander Spring Favorites Art & Artifacts of St Vincent Island Bahamas Fisheating Creek Maine Rocks Suwannee Spring Illuminations Tallahassee Museum & the New Snake Digs
Keywords
Florida David Moynahan Photography nature photography night photography underwater photography nightscape spring Wakulla County paddling cypress
Archive
January February March April May June July August September October November December
© David Moynahan Photography
Powered by ZENFOLIO User Agreement
Cancel
Continue