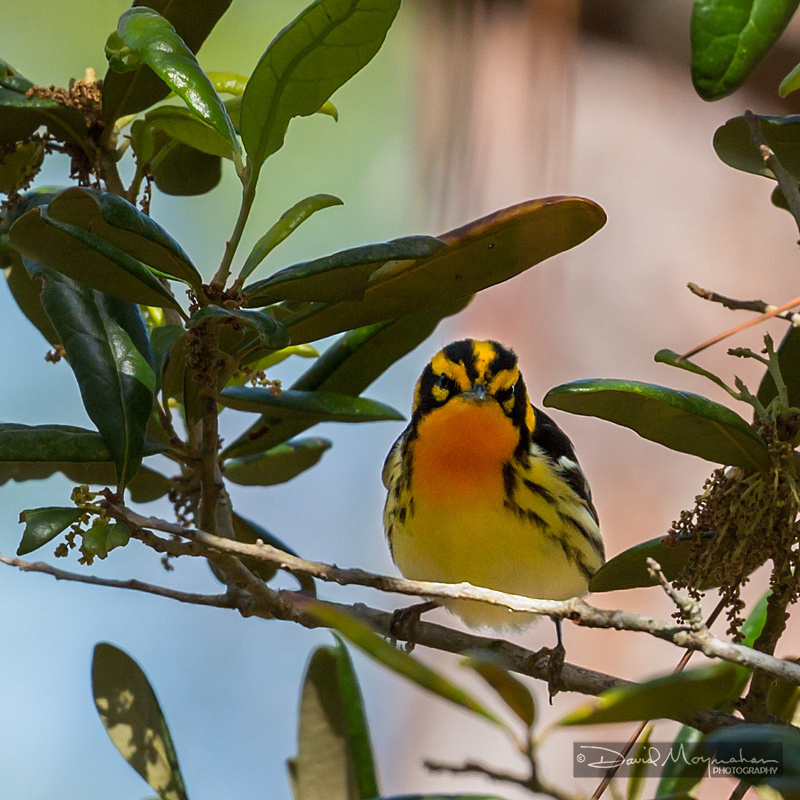 A big storm front was predicted to push through the Florida Panhandle in mid-April (a couple weeks ago), followed by the wind shifting to the northwest. Based on what Crystal understood from birder friends, that sounded like prime conditions for lots of weary neotropical migratory songbirds to drop to the first land they came to after crossing the Gulf of Mexico from the Yucatan.  Our dear friend, Susan Cerulean (our primary birding mentor) had witnessed a "fall out" in similar conditions just the week before at St George Island and encouraged us to go for it.  So, Crystal and I, and our dog Scruff, with minimal planning, left mid-storm on Sunday, headed for the state park on St George. 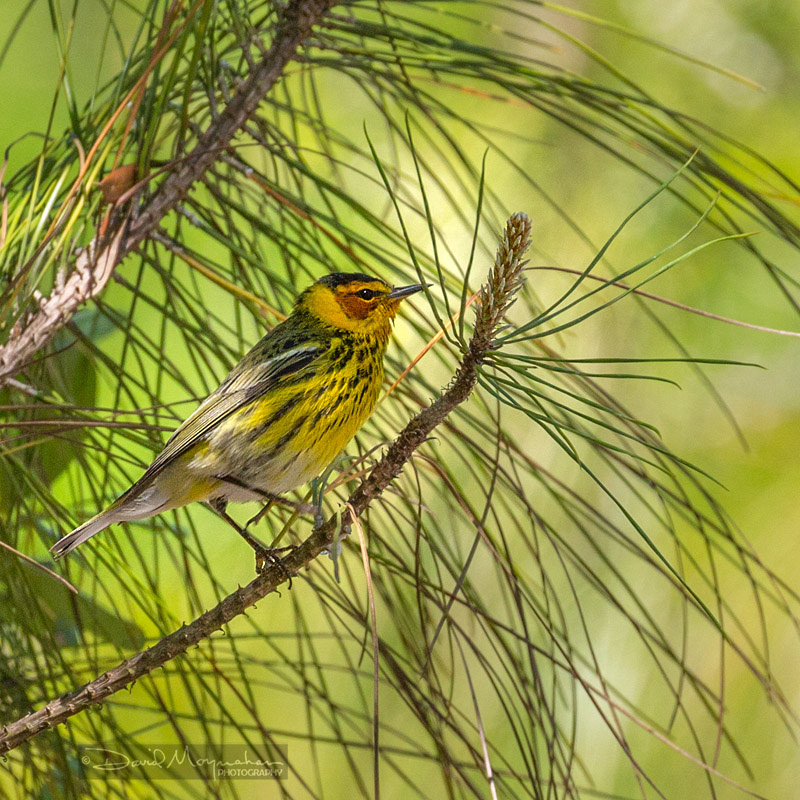 As we arrived on the Island, the tail of the storm was breaking up, and sure enough, the brisk wind had shifted to WNW. There were so many birders there, we had trouble finding a place to park.... and we struck GOLD! 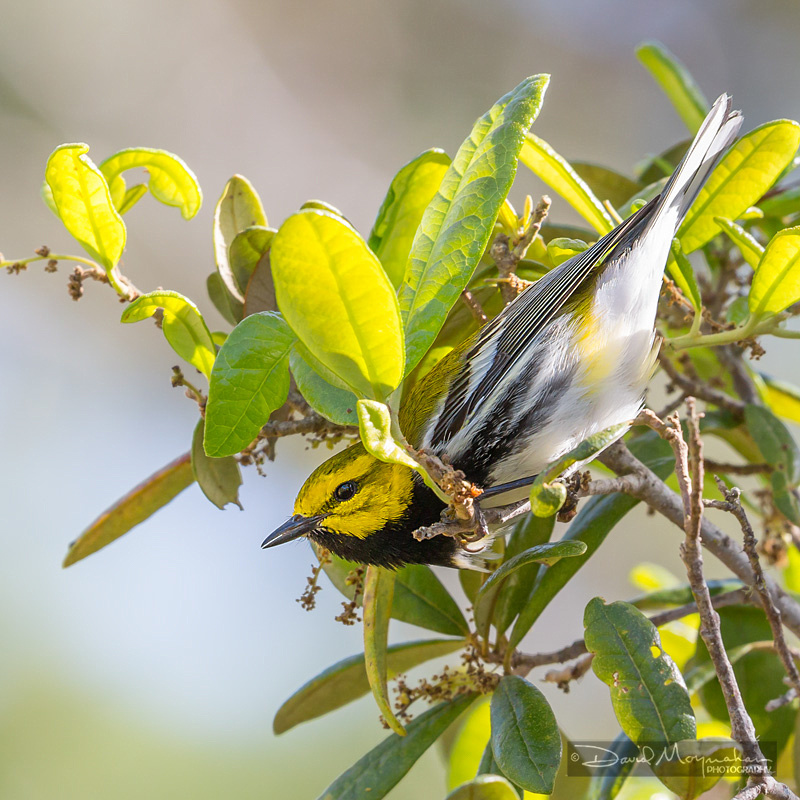 We stayed for two days and saw 52 species in an area not much bigger than our yard.  Of those, 20 were warblers -- 12 of which we had never seen before! It was incredible and so lucky.  To a large degree, our luckiest encounter was meeting Alan Ashley who was leading a small group from Albany (GA) Audubon Society.  Other birders pointed out (and helped identify) many birds for us, but Alan was one of those teachers one dreams about. His birding experience stretched over 6 decades, his knowledge vast, and best of all, he loved sharing his enthusiasm and expertise. Alan's group had left Sunday afternoon (our first day), so we were surprised to see Alan and Peggy there Monday morning, but they'd decided to stay another day. And so all day Monday, Crystal and I were Alan's fledglings.  If you happen to see this, Alan Ashley, thanks again for your kindness, humor, patience, and sharing. 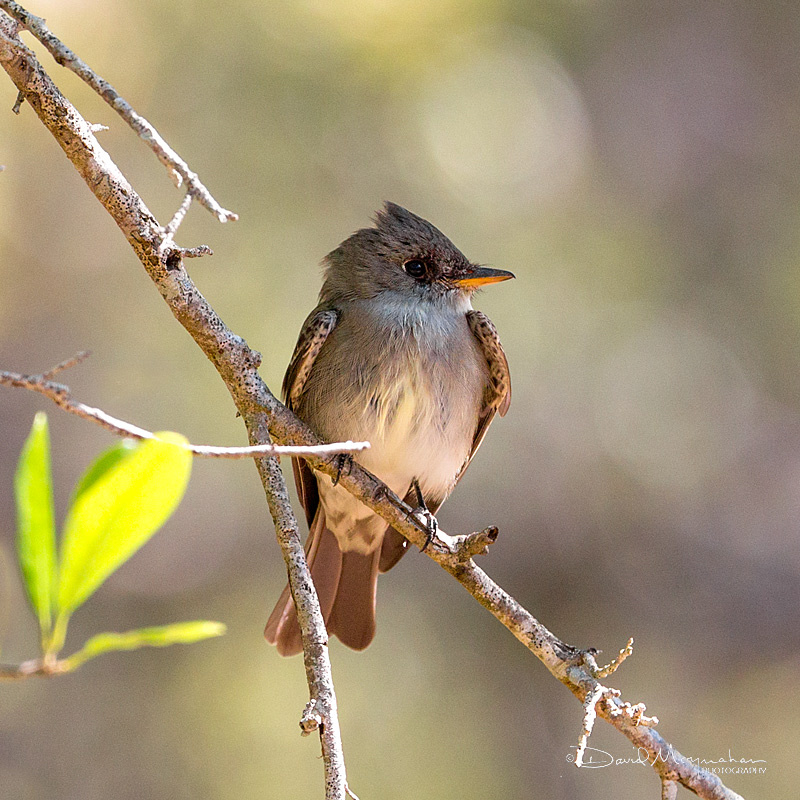 For many years now, I've been much more a FL landscape photographer (than wildlife). On top of that, I was recovering from surgery and had a weak left shoulder with limited range of motion - that's the arm I use to hold up my heavy telephoto lens. These birds, especially the warblers, are small (4-6"), and they seemed to move non-stop through the scrub oaks and pines.  So, I was rusty and my subjects were challenging, but I was really psyched and determined... and somehow managed to get a good assortment of well-focused portraits (out of very many duds). Just for my own record, warblers we saw but I was unable to photograph: Yellow-throated, Yellow-rumped, Black and White, Tennessee, Blue-winged, Magnolia, Prairie, Palm, female Redstart, Wilson's, and Swainson's. 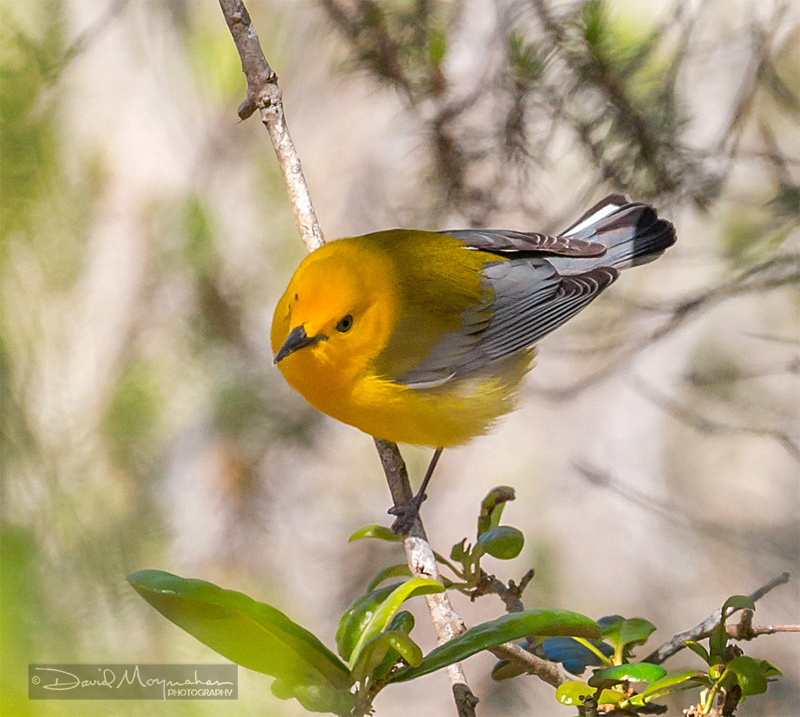 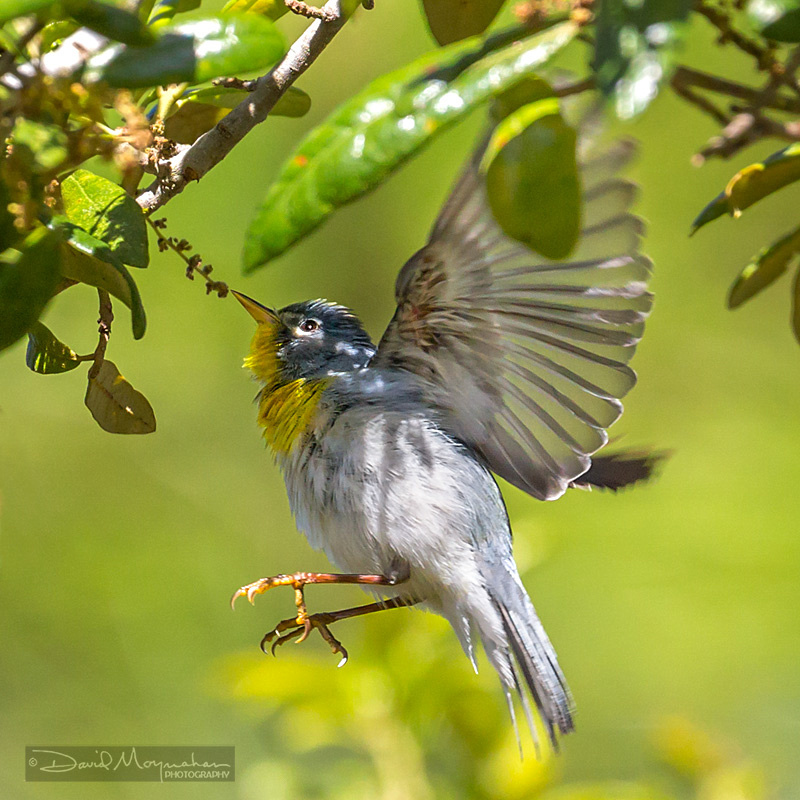 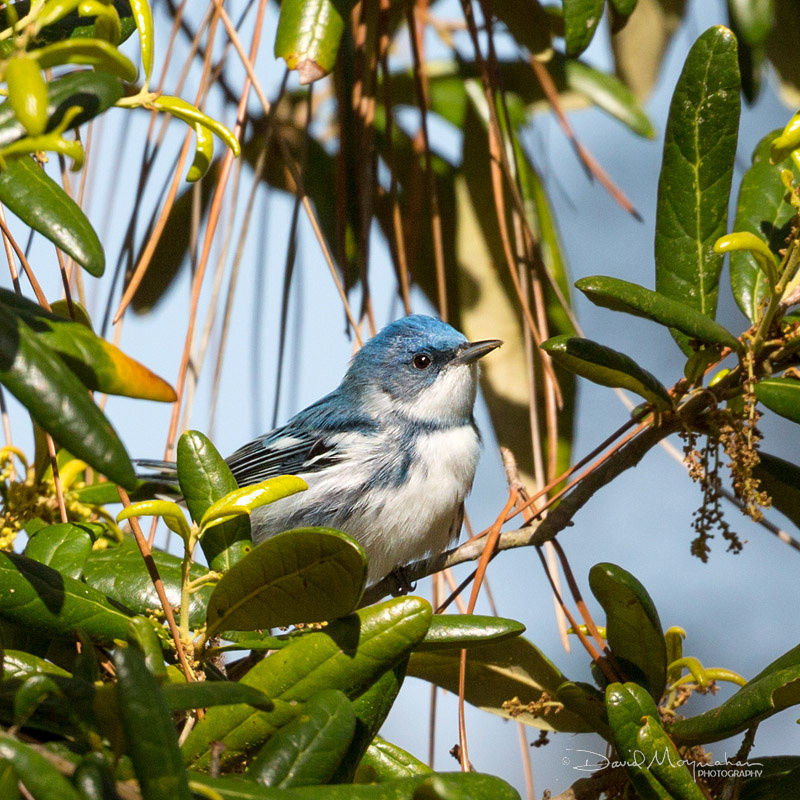 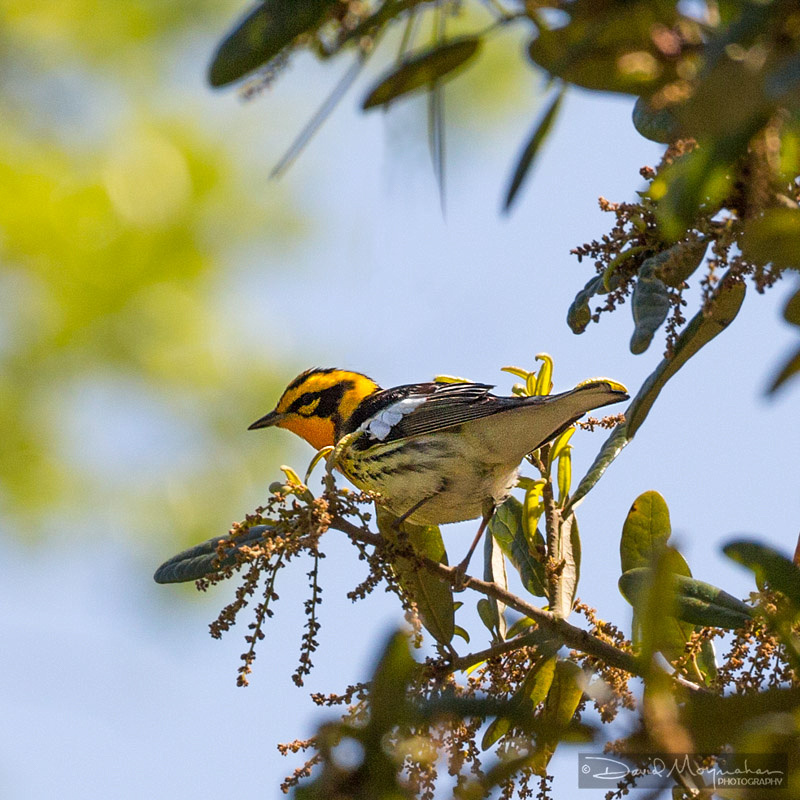 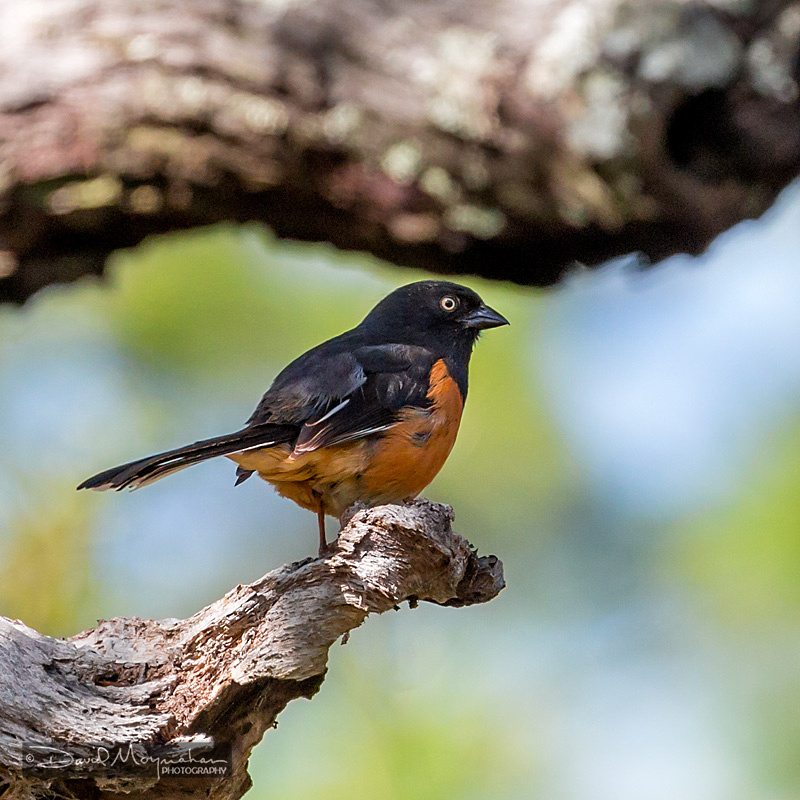 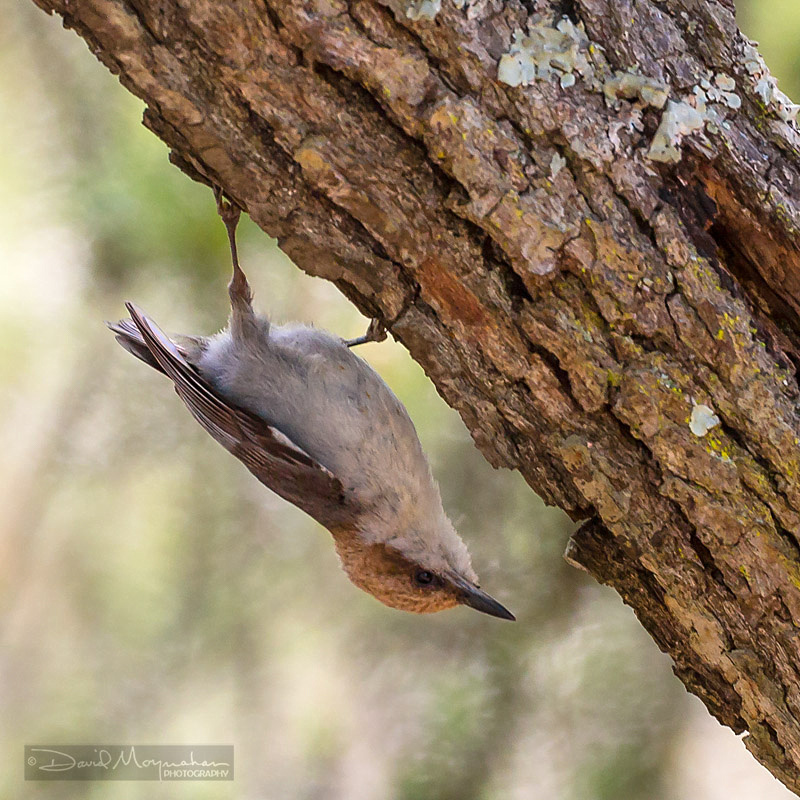 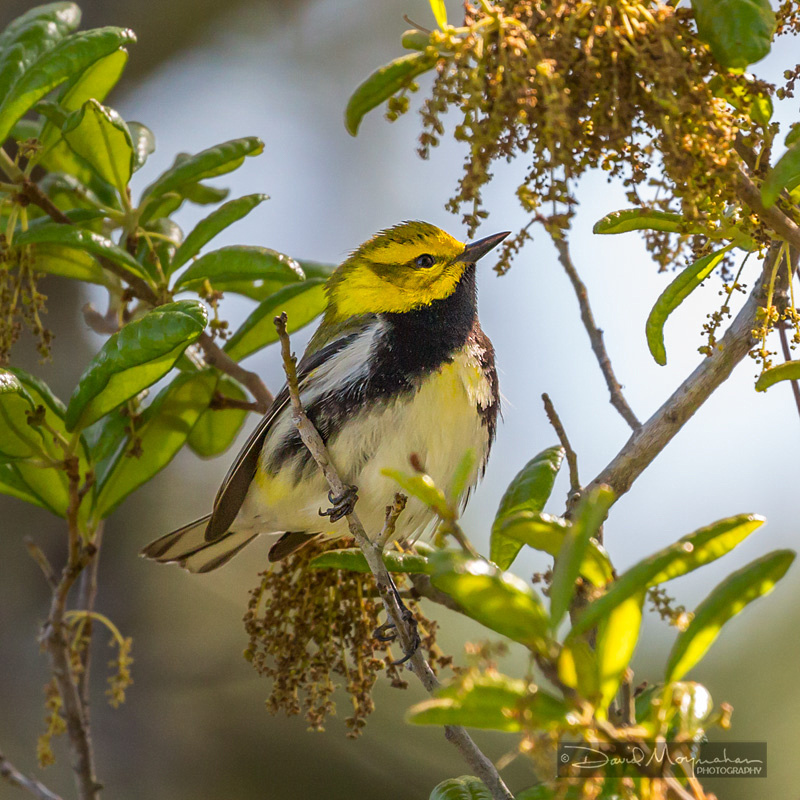 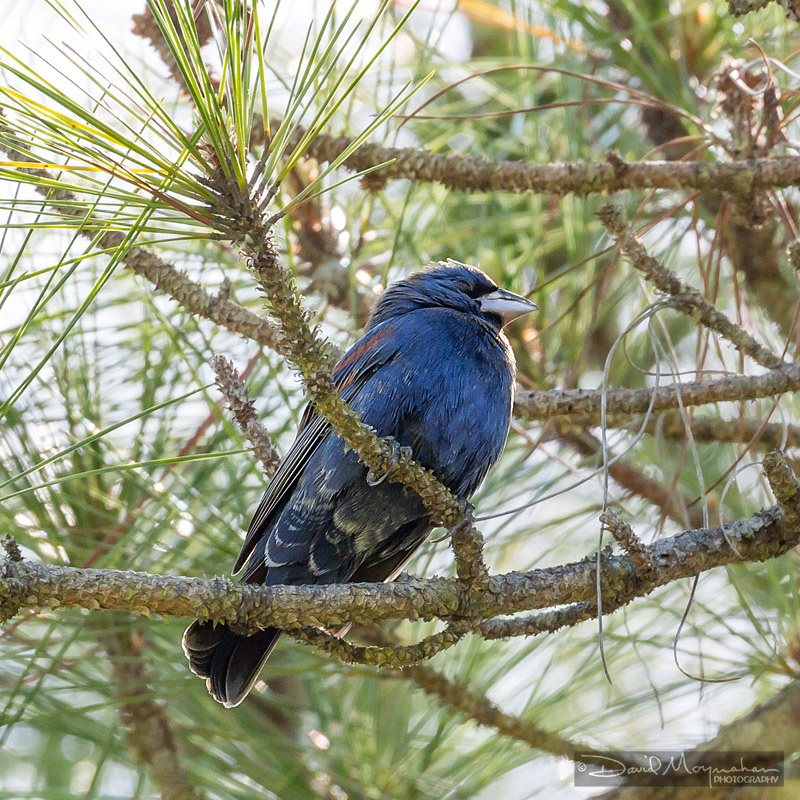 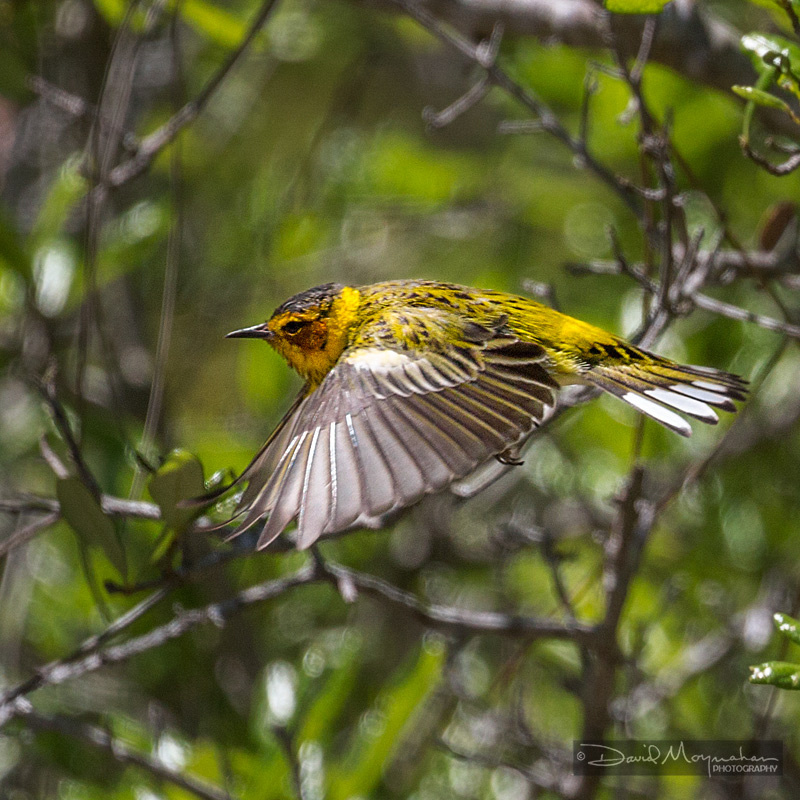 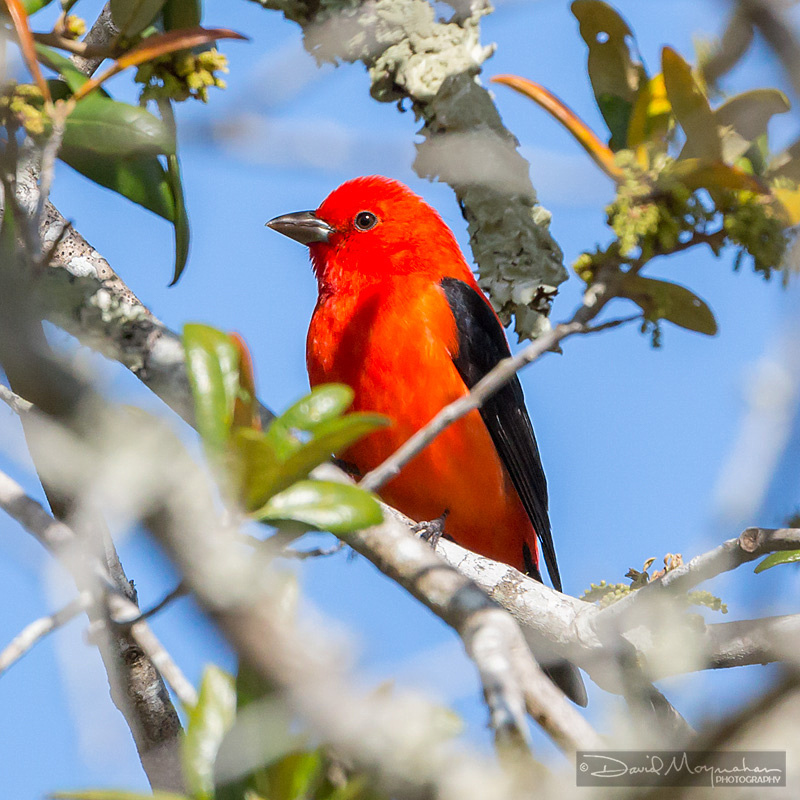 Later on Monday, we suddenly heard a cry of distress and looked up just after a falcon - a Merlin -  had chased down and caught a male Scarlet Tanager. We stood aghast as it landed on a snag to finish killing its prey. I made a few photos, said a prayer for the dying bird, and felt sad, particularly thinking of the treacherous and exhausting flight the tanager had just successfully completed across the Gulf. Many of these migrants perish in the sea before reaching North America. 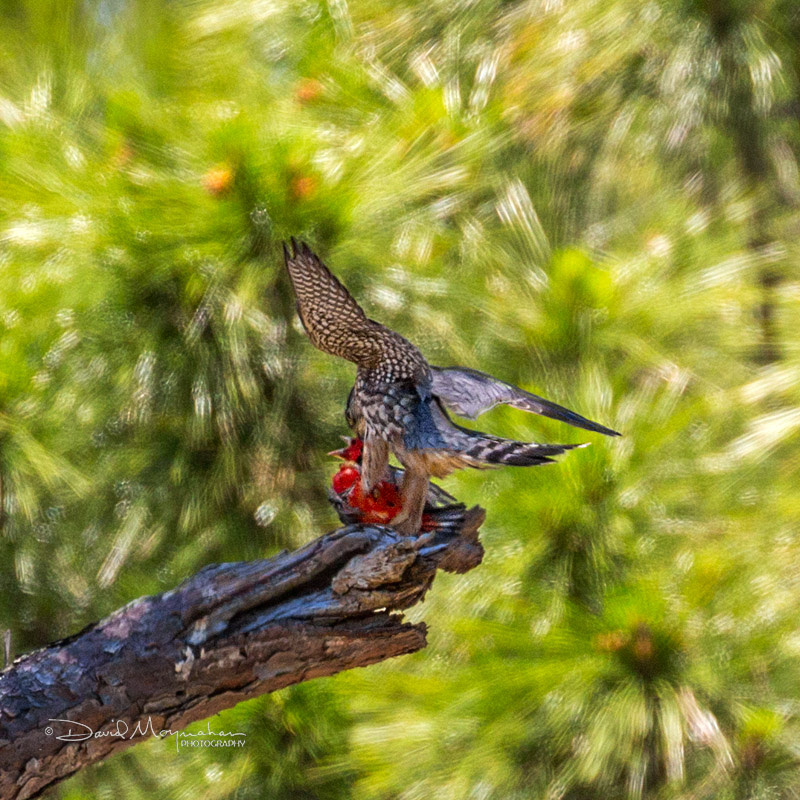 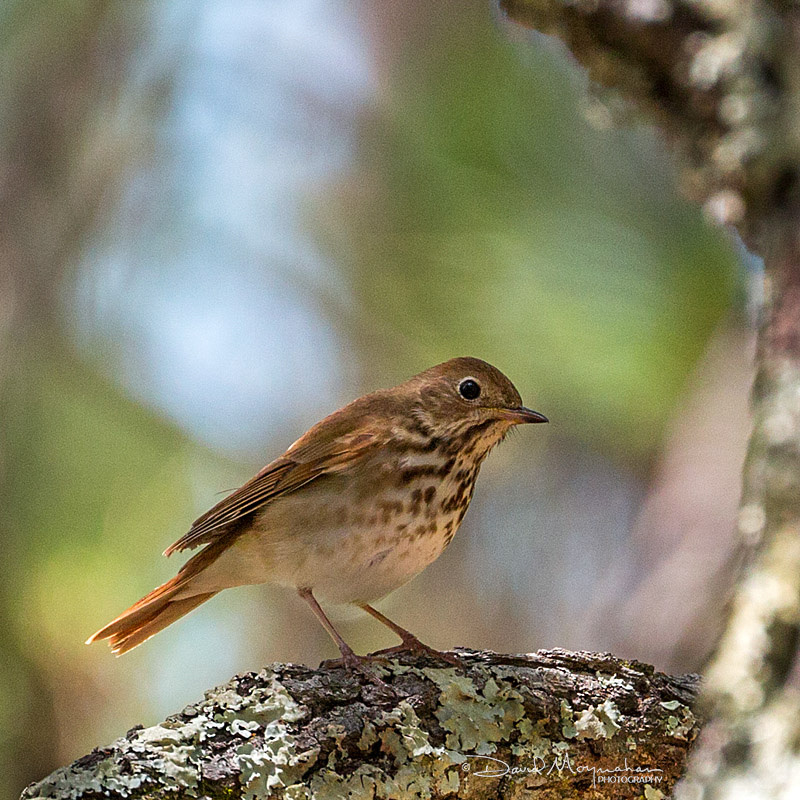 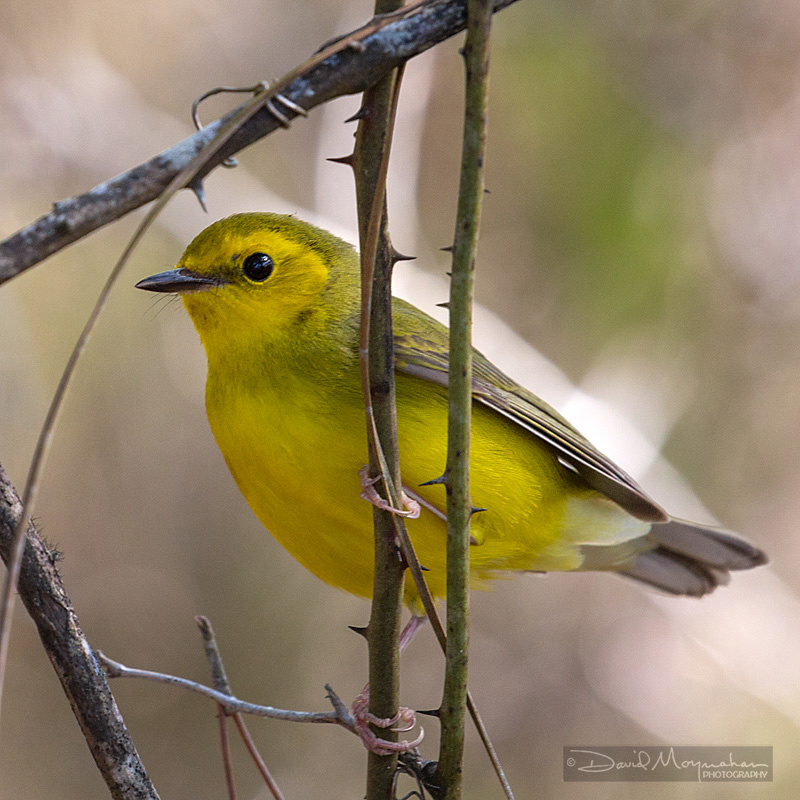 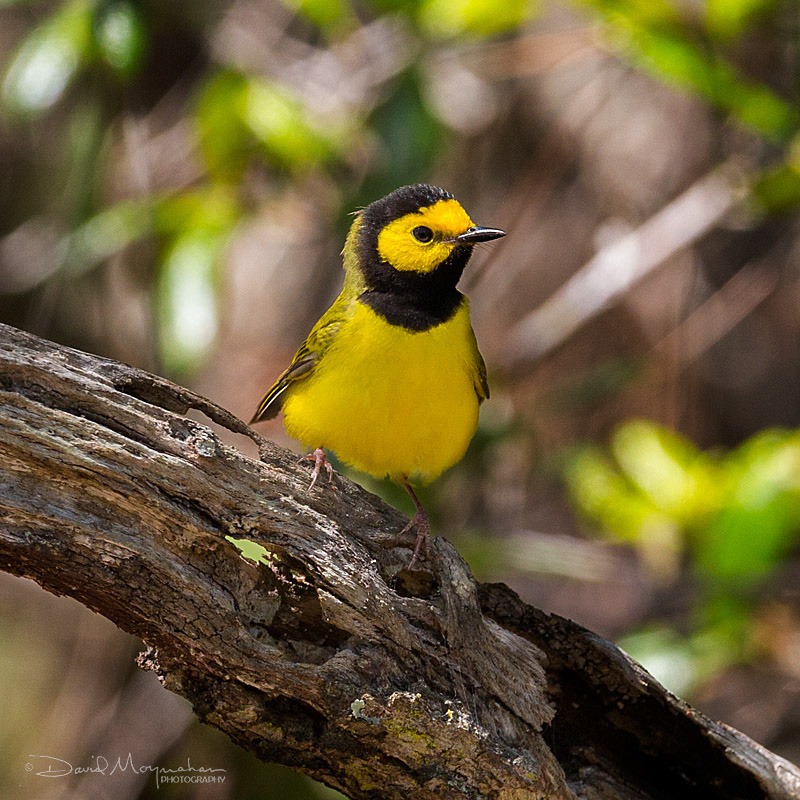 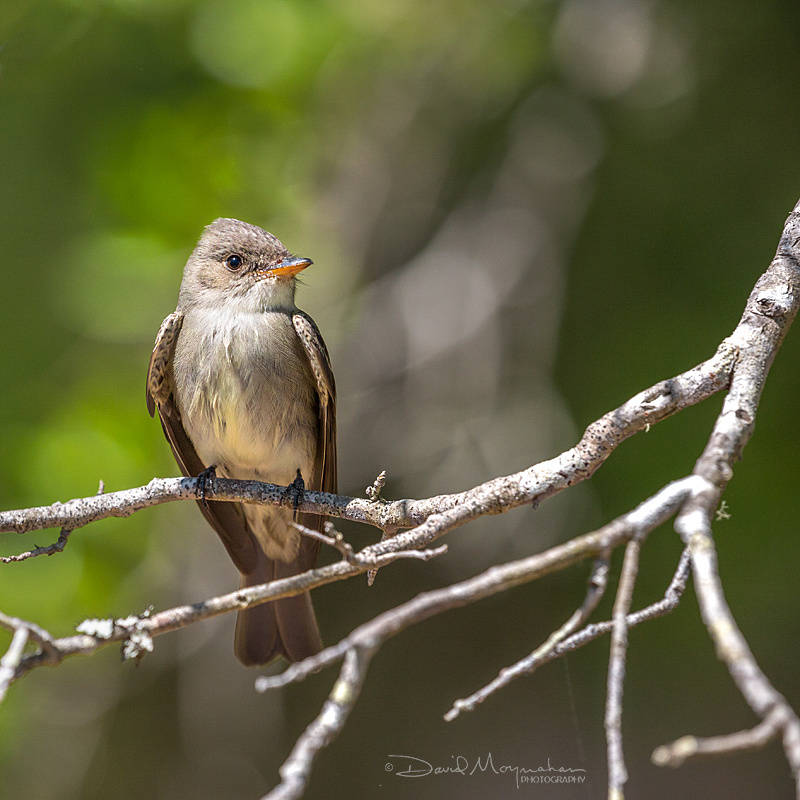 Eastern Wood-Peewee.  The one bird who'd sit still and pose. 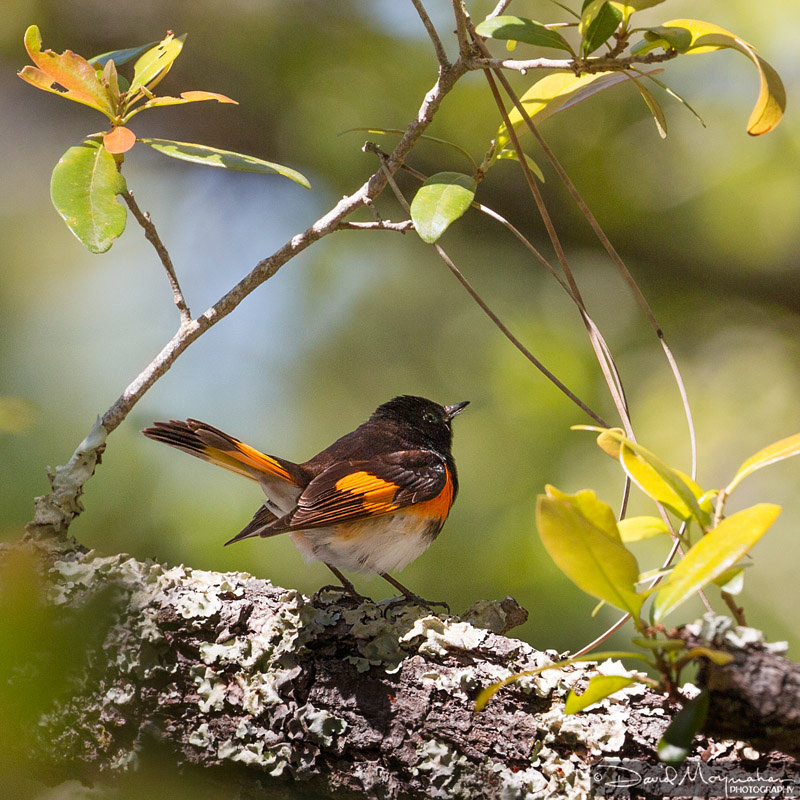 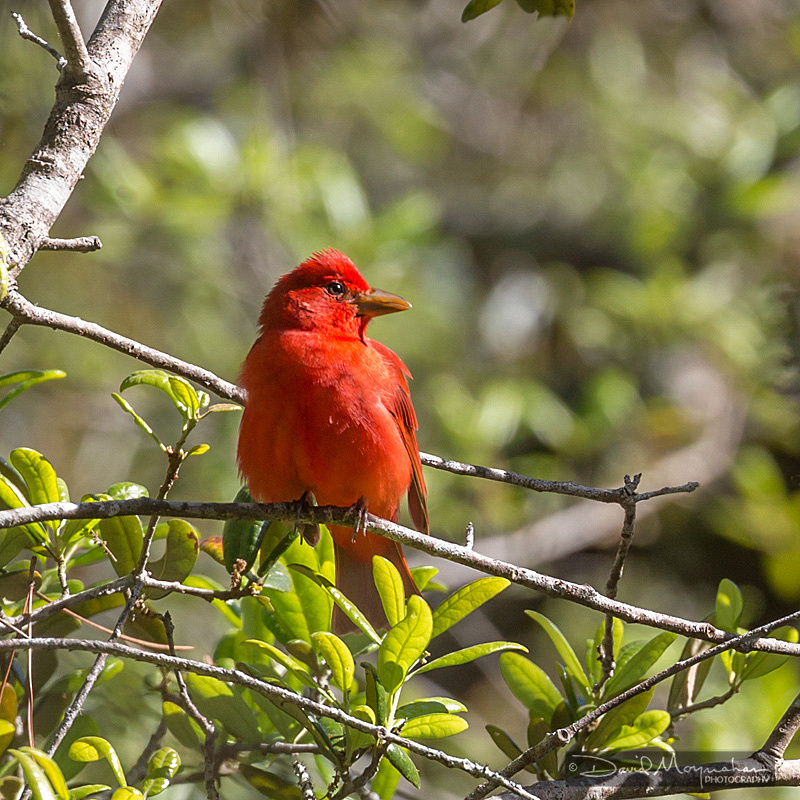 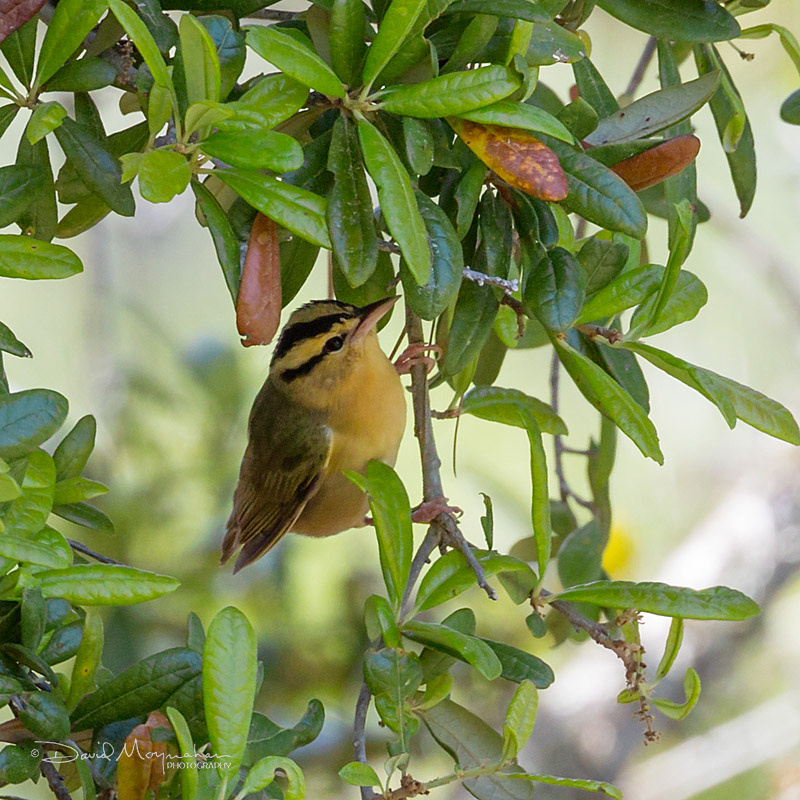 PS- For those of you who wondered, Scruffy got a few walks during birding breaks, but mostly he was happy to nap in his car-bed. He's become a great travel dog, adaptable, ready for new adventure, and always wanting to go along. What a great dog! 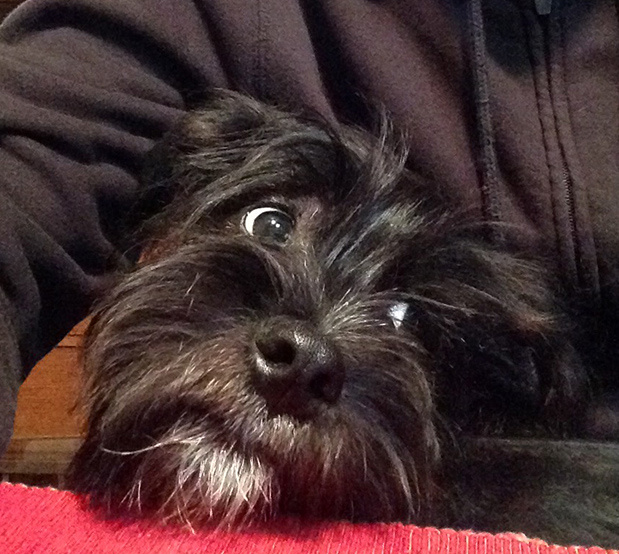 That's it for this month. Hope you enjoyed the birds.  Please leave a word or two in the comments below, and share this link with anyone who might enjoy it.  Thanks for visiting.

Mack(non-registered)
A birders dream....thanks for sharing and caring.
Deborah Lawson(non-registered)
Fabulous photography David. It must have been an incredible experience! Thank you
Janet Starnes(non-registered)
Absolutely beautiful,both birds and photographs.
Judi(non-registered)
Breath-taking! Thank you so much for sharing!
Kari Irwin(non-registered)
So beautiful... it will take time to learn the birds here, but with so many in my own back yard I better get with it :) Thank you for all your wonderful pictures and information !!
Your website now has its place on my homescreen.
No comments posted.
Loading...
Subscribe
RSS
Recent Posts
The Great Conjunction of 2020 - Solstice Star Spelunking a Spring Adventures in Search of Gander Spring Favorites Art & Artifacts of St Vincent Island Bahamas Fisheating Creek Maine Rocks Suwannee Spring Illuminations Tallahassee Museum & the New Snake Digs
Keywords
Florida David Moynahan Photography nature photography night photography underwater photography nightscape spring Wakulla County paddling cypress
Archive
January February March April May June July August September October November December
© David Moynahan Photography
Powered by ZENFOLIO User Agreement
Cancel
Continue